Harvest has yielded a surprising variety of results so far for farmers across the state, who were halted this week as storms rolled across the growing regions. 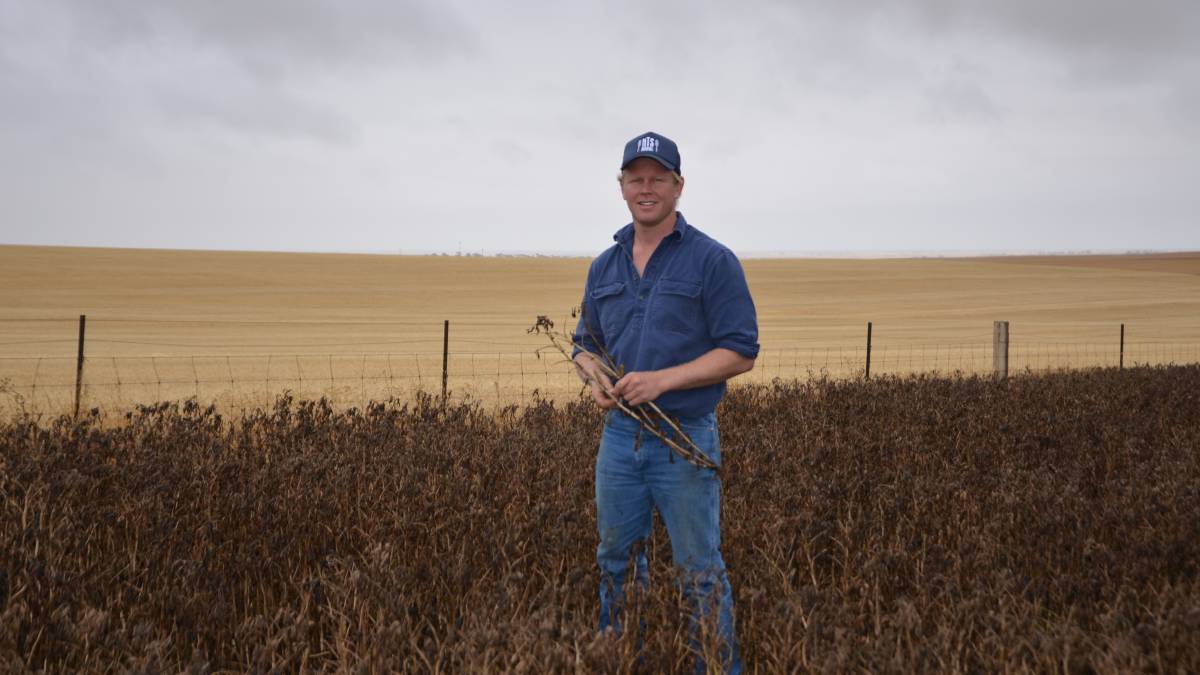 +5
Matt Koch, Stockport, will be ready to harvest wheat once the weather clears and expects an early finish to harvest this year.

Seasonal conditions turned stormy at the start of November as rain halted what has so-far been a variable harvest across SA.

Viterra operations manager Michael Hill said while it was still early in harvest, quality had been good, particularly given the challenges of the season.

Grain had been received into 44 sites so far, with Cowell taking its first delivery on October 19, and sites in the Murray Mallee area also receiving loads.

“Lower EP farmers are busy cutting down canola and on the upper EP they have started on barley, with some reports of barley going malt, which is a positive given the season ” Mr Nettle said.

Landmark Kadina agronomist Matthew Smith said farmers on Yorke Peninsula have chipped away at their barley, with isolated screening and small grain issues.

“Lentil yields have been fairly disappointing so guys have been looking forward to getting into the cereals,” he said.

Mid North harvesters have moved quickly through crops since they got under way earlier in October, with many nearing completion.

Landmark Crystal Brook agronomist Peter Kerin said many have been pleasantly surprised by their yields, which have ranged between zero and three tonnes a hectare, with better results gained on sandy ground.

Mr Kerin said the biggest disappointment had been the lentil crop, with many lucky to average 500 kilograms/ha.

In the Lower North, progress has been made with barley, beans and lentils, with farmers having tidied up wheaten hay cut due to frost.

NTS Kapunda agronomist Brad Koster said there were reports of barely going roughly 2t/ha to 3t/ha, while lentil production has been well down at around 500kg/ha to 1t/ha or less.

“Those that have beans will look to get them into the system as soon as they’re able while the price is quite high. Some opted to spray-top beans to reduce weed seeds and therefore allow them to harvest sooner,” he said.

It will be below average production but we’re pretty lucky here that we can capitalise on those strong commodity markets. - Matt Koch

Stockport farmer Matt Koch crops a mix of bread wheat, barley, durum, lentils and beans across 1800 hectares, and began harvest on October 22 with some early-sown Spartacus barley that yielded well given the season.

“Beans have also been pretty good for us this year actually, we’ve harvested them and they yielded not too bad,” Mr Koch said.

He observed that later-sown crops struggled to finish, whereas earlier-sown crops “did all they needed to do” and were helped by some kind August rain.

Once the wet weather passes, Mr Koch will aim to pull into some wheat next week, not expecting rain to have altered quality.

“It will be below average production but we’re pretty lucky here that we can capitalise on those strong commodity markets,” he said.

In the Mallee, Landmark Pinnaroo’s Ken Chaplin said while some crops had suffered from frost, quality and yields have been variable, with some barley making malt grade.

“Growers have started on barley and desiccated the lupins and chickpeas, so I think in the next week or so when the weather warms up they will start to really crank up,” he said.

Harvest in the South East will most likely only get under way towards the end of November, with crops still too fresh to cut.

Elders Naracoorte agronomist Adam Hancock said early-sown canola near Keith and Tintinara had been windrowed or crop-topped in the last week, but everywhere else was still quite a way off.

“We’re certainly very happy with the crop we have down here, and we are looking forward to getting stuck into it,” Mr Hancock said.