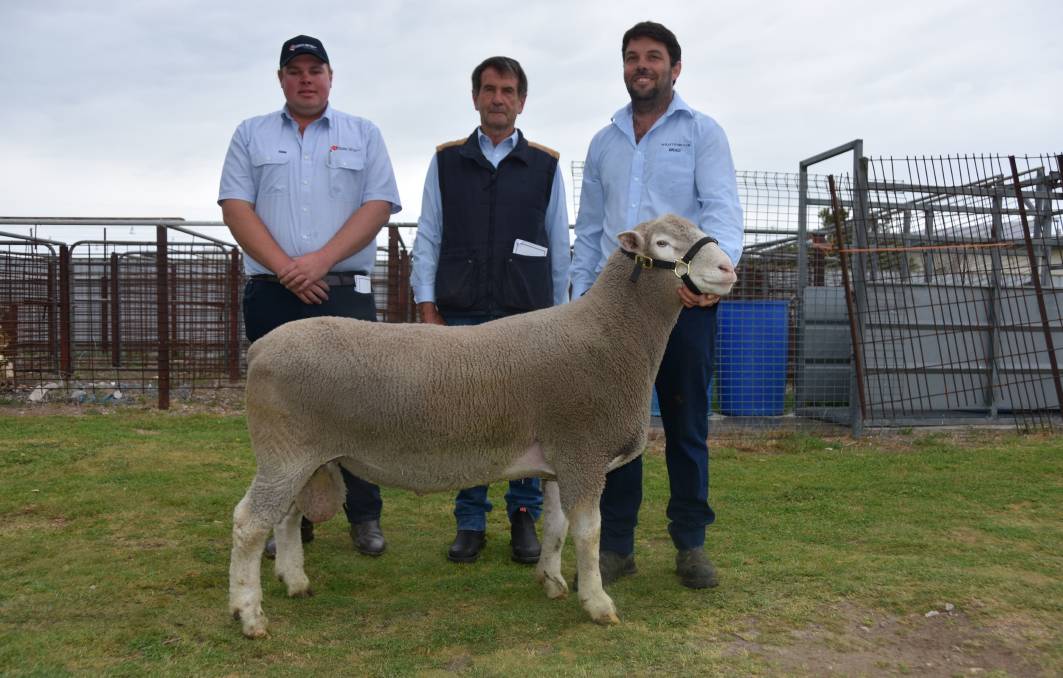 WRATTENBULLIE Poll Dorset stud’s sensational year in the show ring translated to its annual sale at the Naracoorte Showgrounds with the stud having one of the breed's sales of the season. This included a $1880 flock ram average.

WRATTENBULLIE stud’s sensational year in the show ring translated to its annual sale with the stud notching up one of the best Poll Dorset sales for the season.

On Monday at the Naracoorte Showgrounds, Rod, Gayle, Brad and Alana Davies enjoyed a total clearance of their stud and flock rams.

For many years the stud has held a successful combined sale with Leenala stud but with its flock dispersal last year the Davies went it alone for the first time.

They added an extra 27 rams to help some of these loyal clients fill their orders but demand still outpaced supply.

Stud principals Alistair and Jessica Sutherland have been watching the progress of 295-17, a May 2017 drop since Hamilton Sheepvention in July.

“It has wonderful length of carcase and length of loin ratio, a good upstanding, well formed sheep with lots of meat in the hindquarter,” Mrs Sutherland said.

The sale topper was sired by a Wrattenbullie prefix ram sold in the 2017 sale.

The Sutherlands also picked up Lot 9 at $5000, a ram elevated from the flock offering to the stud line-up.

“They were a tremendous line-up of rams, all of good quality that would do a job in any stud,” she said.

Naracoorte based sheep consultant Leigh Allan had an order for GE Russell Pastoral, Coleraine, Vic, buying nine rams to $2200 for a $1944 average.

Rod Davies said it was great to be rewarded for years of breeding and hear the great feedback about the excellent structure, length and carcase attributes of the rams.

“We have started using more of our own genetics and it paid off today,” he said.

He said it was great to see the buoyancy of the prime lamb industry and these higher returns flowing through to the seedstock sector.

“This gives us an opportunity now to invest our sires and keep breeding better rams.”

SAL auctioneer Mat MacDonald said the quality of the rams was “hard to beat”.

“It is a credit to the vendors and the sheep and they have been rewarded with really good money by buyers.”