PRICES headed south at the September store cattle sale held last Friday at Mount Gambier, with none of the weighed cattle breaking through the $3 a kilogram mark. 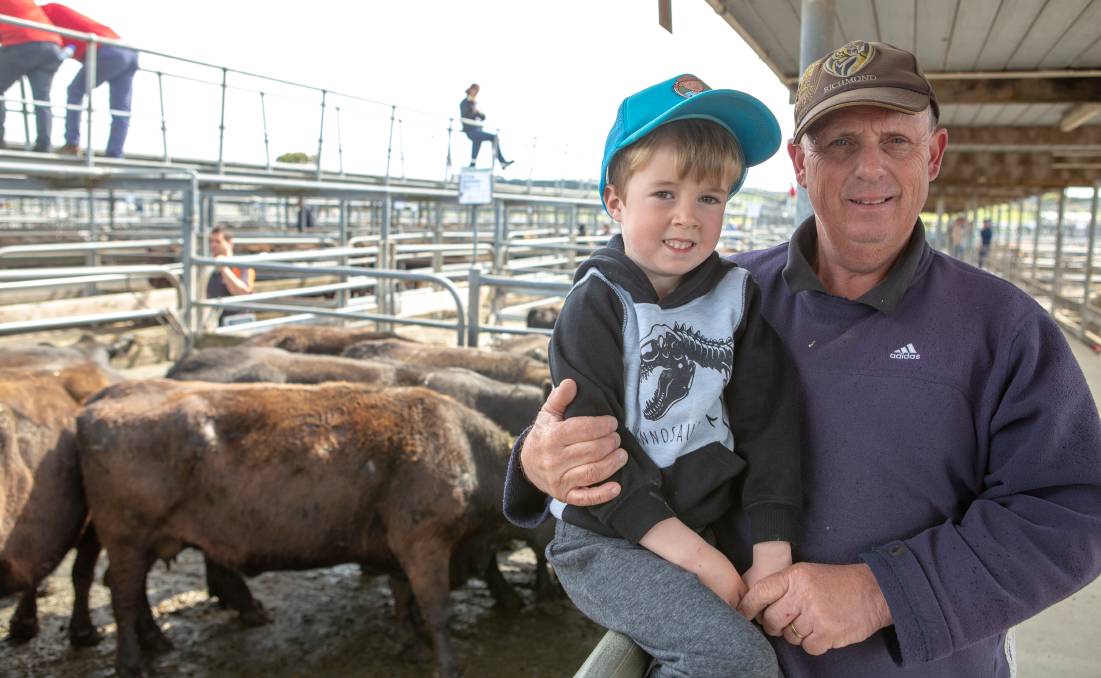 PRICES headed south at the September store cattle sale held last Friday at Mount Gambier, with none of the weighed cattle breaking through the $3 a kilogram mark.

A few lines of good quality animals stood out in a generally plain yarding.

Buyers were hard to find among one of the smallest galleries in recent times.

Thomas DeGaris & Clarkson’s Darren Maney was upbeat in his assessment of store cattle prices, saying that, relative to prime cattle values, he has never seen the gap between store cattle and fat cattle so profitable in the past 30 years.

Twenty four cows with calves at-foot, were sold by a single vendor, Dycer Nominees, Burrungule, with the top draft of five black baldy second-calvers, with five Pathfinder and Boonaroo-bld Angus CAF, sold at $1650 and a run of mixed-age Angus cows sold at $1550.