Finding the right balance between land use for agriculture and mining, addressing the rapidly deteriorating season and the state government's GM crop review were among the many issues raised during the second annual Growing SA Conference, last Friday at Hahndorf. 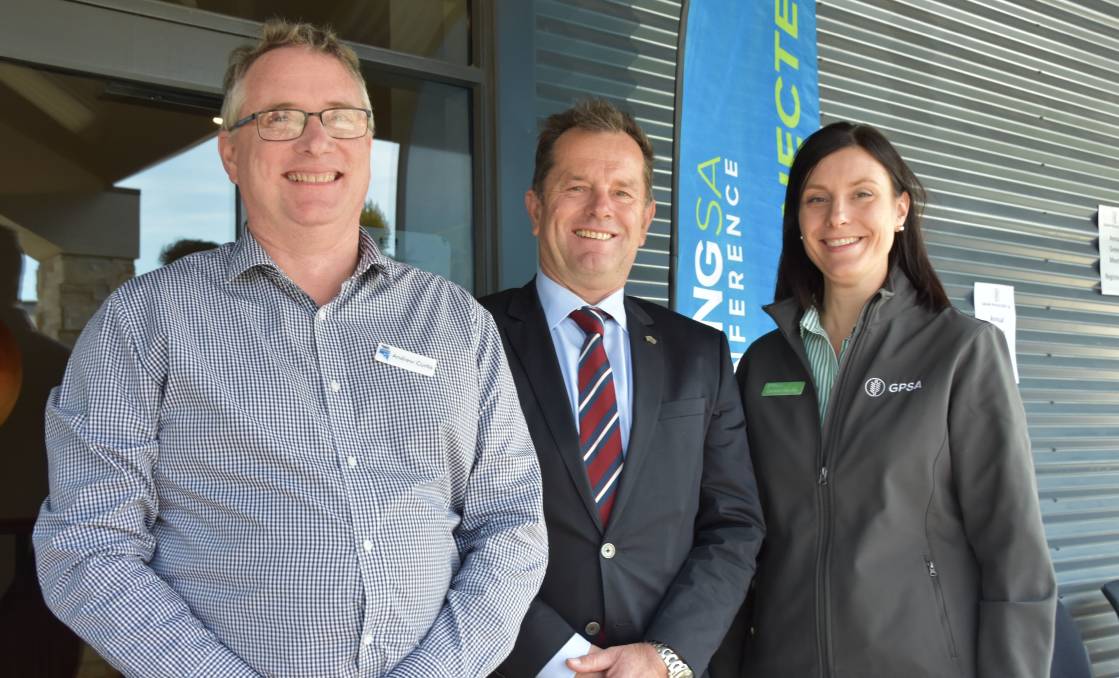 Finding the right balance between land use for agriculture and mining, addressing the rapidly deteriorating season and the genetically modified crops review were among the many issues raised during the second annual Growing SA Conference, last Friday.

The nearly 250 attendees included Minister for Primary Industries and Regional Development Tim Whetstone and Opposition spokesperson for Agriculture Eddie Hughes, as well as livestock producers and graingrowers from across the state.

Concurrent livestock and grains sessions were on the program with the impressive speakers including the University of Saskatchewan’s associate professor Stuart Smyth discussing how GM crops have revolutionised production systems, and Meat & Livestock Australia’s Lisa Sharp discussing consumer trends for red meat.

The SA Beef Industry Blueprint, which sets an ambitious target to grow the state’s beef herd by more than 20 per cent and its value by more than $200 million,a year was launched.

The beef blueprint follows the success of the SA Sheep Industry Blueprint, launched in April 2016, which met its target after just one year. It has helped attract funding for 20 projects.

Sponsored by
Brentvale Limousin stud held its inaugural production sale on Friday, held on AuctionsPlus, offering 23 cattle, six lots of four embryos, and six lots of 10 semen packages, with 13 cattle sold to a top of $9600 and a $6169 average.
Test
PENOLA-based Warrawindi stud had a fortnight longer to wait for its 17th annual on-property ram sale than anticipated, but last Friday's sale was still a strong result.
Test
The second and final stage of Ramsay Park's White Suffolk ewe dispersal sale had stud principal Peter Button "blown away", with breeders from right across the country bidding up on top genetics from the Minlaton stud.
Test
THERE has been a shakeup at the head of Primary Producers SA with two new names taking on leadership positions within the industry lobby group.
Test
The partnership of Baringa and Seriston received very strong widespread support for its fourth northern pastoral Australian White sale at Jamestown last Thursday.
Test
State lobby body Grains Producers SA is on the hunt for a new chief executive officer following the resignation of Caroline Rhodes from the role.
Test
Mt Gambier Show attracted a record 36 entries in the led steer judging with many schools retaining some of their steers which were earmarked for the Royal Adelaide and Melbourne Shows.
Test
MIND YOUR BUSINESS: One the earliest things I learnt was that "timing is not something, it is everything".
Test