The demand for Australian alpaca fleece has received a welcome spike in interest with mills in China and Canada on the hunt for quality South Australian fleece. 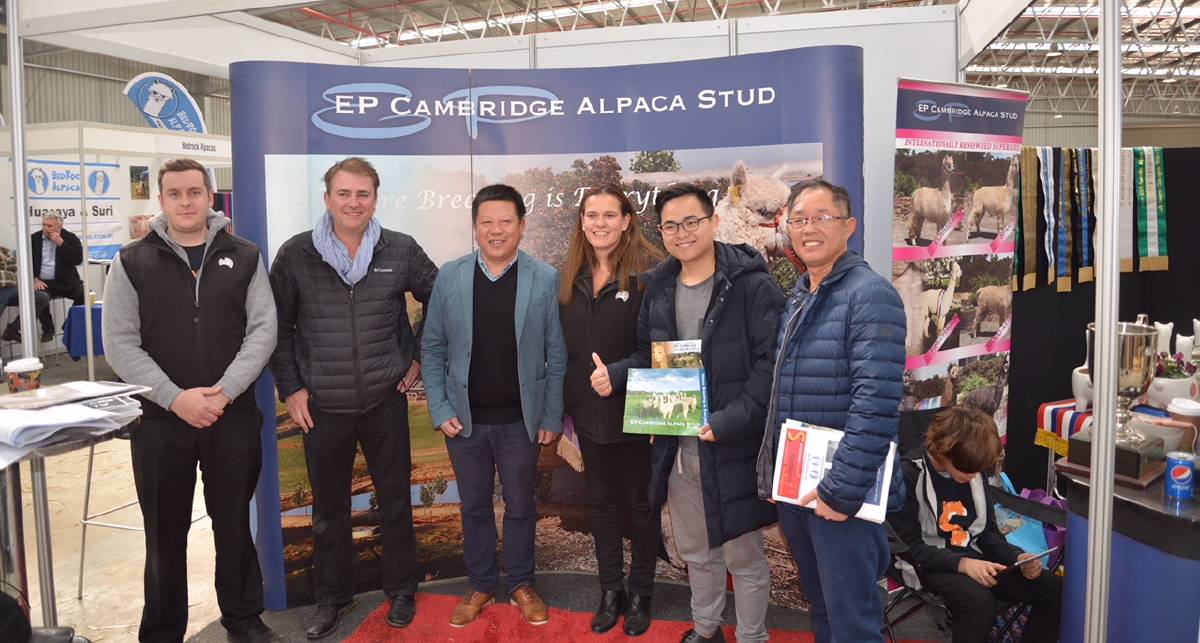 The demand for Australian alpaca fleece has received a welcome spike in interest with mills in China and Canada on the hunt for quality South Australian fleece.

A delegation from Zhejiang Longyi Textile visited the Australian Alpaca Spectacular at Bendigo, Vic, at the end of August, in pursuit of alpaca fleece.

Oakbank’s EP Cambridge stud hosted the visitors and took the Spectacular by storm, winning supreme champion in the halter section and fleece competition.

Stud manager Lawrence Shapland said the visitors were keen to learn more about the quantities and micron ranges of Huacaya fleece they could to source.

“They have identified Australian alpaca as the highest quality fibre and as such are looking for growers to supply directly to their ever-growing market,” Mr Shapland said.

“This year there has definitely been a spike in interest on the back of good wool prices.”

He said the Australian alpaca industry needed to ensure breeders were focused on producing the microns buyers most wanted.

The stud also recently exported 200 alpacas to China as part of a large order for a new breeder.

Australian genetics are also in demand in Canada.

At the end of June, negotiations between Australia and Canada resulted in an alpaca trade agreement.

“There now seems to be a demand for some of the higher micron fleece,” Mr Wheeler said.

He said the most pleasing aspect of the opportunity is the demand for the full spectrum of alpaca colours, with no price differentiation between colours.

Given the small alpaca community, Mr Wheeler is not aware of many others exporting to Canada and is excited to be part of an expanding market.

“The important thing for us is ensuring we provide a good quality product which we want the mills to come back to,” he said.

Mr Wheeler is looking to expand his flock to meet the new fleece demand and is in the final stages of packing, with the order set to be shipped by the end of September.