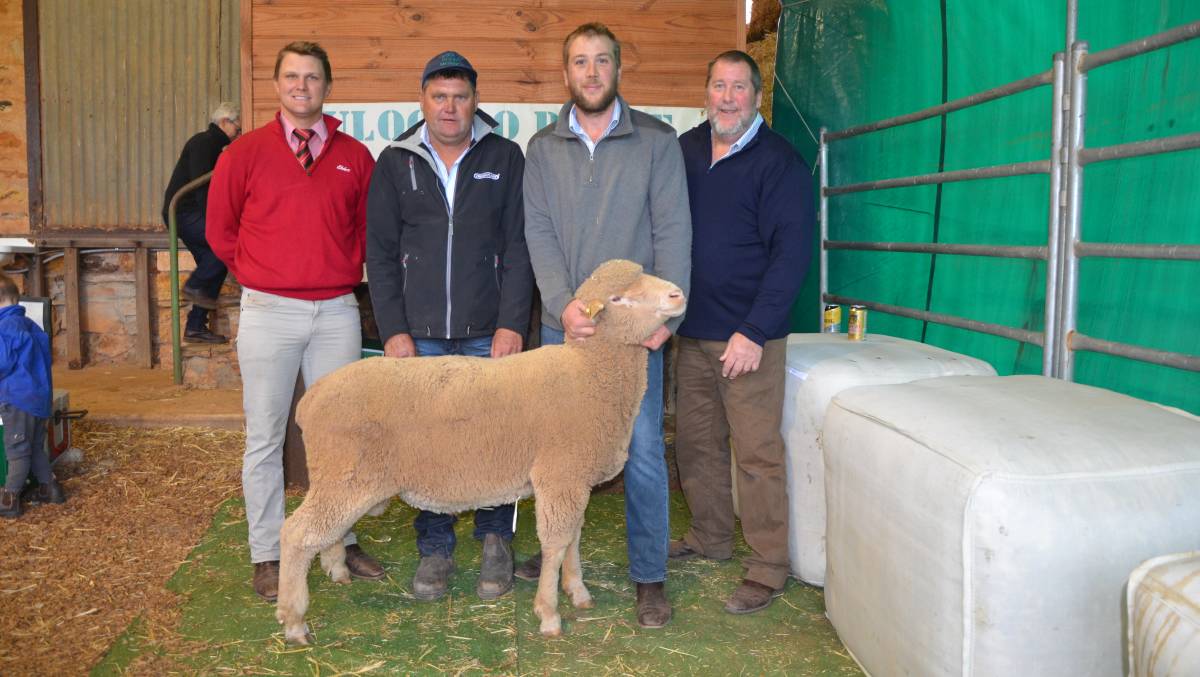 THERE were three new bidders from across SA at the Hall family’s eight annual on-property Ulooloo Dohne ram auction at Hallett on Thursday.

THERE were three new bidders from across SA at the Hall family’s eight annual on-property Ulooloo Dohne ram auction at Hallett on Thursday last week.

Its fat depth was four millimetres and its eye muscle depth was 35mm.

Buyer of the top price ram was Nick Schoenberg, Kilderry Park, Marrabel, who has been buying from Ulooloo since it started on-property sales eight years ago.

“The stud offers good dual-purpose sheep that meet the markets for meat and wool really well,” he said.

Mr Schoenberg said the top price ram stood out to him because of its wool quality and its large frame. He also purchased another ram at $1300.

A new buyer at the sale was also the volume purchaser. Tigmas Props, Yunta, bought nine rams to $1200, averaging $844.

The Sommervilles also bought the second-highest price ram for $2900.

“Considering the conditions we’re going through, the line-up was a real credit to the Halls, especially the evenness throughout the sale,” he said.

“Ulooloo’s sheep get better and better every year.

Co-principal Rob Hall said he was really happy with how the rams had come along in such a challenging season.

“The lambs that are on the ground are also performing really well in a tight season, which really shows their true colours,” he said.

Rob said the bare breech traits in the stud meant they had been able to cease mulesing in their commercial flock.

The stud is also trialling hearing twice a year.

Greg said the stud had a strong focus on ASBVs, which was leading to improvements every year, particularly in the fleece.