Powdered lambs milk is more expensive than the cows milk we buy at the supermarket. Given that, is it actually viable to hand feed poddy lambs? 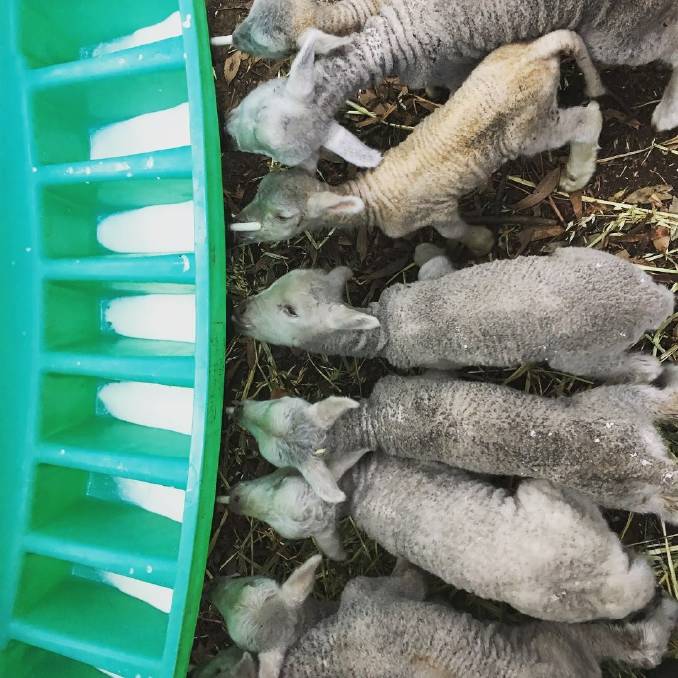 All the fun of feeding poddy lambs.

THIS question is age-old, and is generally based on emotion rather than a rational economic test.  It’s probably of more interest to school children on farms than farmers, but is it actually worth bottle raising stray lambs?

Any sheep breeder who goes around their ewes would have found mis-mothered lambs.

Most are left in the hope that the mother will come back and pick them up, but we know that even in the best managed twinning mobs this doesn’t always happen.

Almost all sheep producers at some time are confronted by the kids at certain ages wanting a pet lamb or lambs.

When this eventually occurs, the next step is to then buy a bag of milk powder and get going on raising the most expensive lamb on the property.

Lamb milk replacer costs around $58 for a 10kg bag.  It is mixed at a ratio of 190g powder making one litre of milk.

Can you believe this comes to $1.11 per litre, making powdered lambs milk more expensive than supermarket milk?

Over the 34 days of milk feeding at an average of 1.1 litres per day, lambs should reach a weight of 12-18kgs at a cost of $40.57.  This doesn’t include labour, as all farm kids know their farm labour is free.

Even 18kgs liveweight is at the lighter end of where lambs are normally weaned, so they will need to be supplemented.

Pellets and hay at 300g per day for a month will add another $5-10 in costs for another month which would get the lambs to a saleable weight of 18-22kgs.

Based on AuctionsPlus quotes for very light lambs, they should be worth $60-90 per head depending on breed.

What does it mean?

Of course, it’s not all about the money, who can ignore the lonely orphan sitting beside a stump?

Without valuing the fun of rearing lambs, there is a bit of pocket money to be made if you don’t take labour into account.

As lambs move up the weight scale their value increases strongly, but the rational economist would wonder why you would rear a lamb to 20kgs when you can buy them for $60. ​

The story It’s confirmed – there is money in feeding poddy lambs first appeared on Farm Online.