One of the driving forces behind the rejuvenation of the University of Adelaide’s Roseworthy Campus Phil Hynd has stepped down after nearly 20 years on staff. The animal science researcher will remain involved in the industry, including consulting. 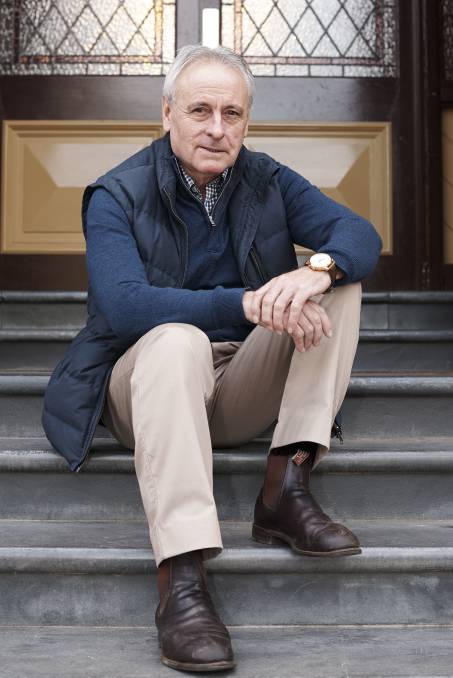 DRIVING FORCE: Deputy dean of the University of Adelaide's Roseworthy Campus Phil Hynd has finished up as a staff member after nearly 20 years.

One of the driving forces behind the rejuvenation of the University of Adelaide’s Roseworthy Campus Phil Hynd has stepped down after nearly 20 years on staff.

The former deputy head of the School of Animal and Veterinary Sciences and deputy dean of Roseworthy was farewelled last week.

“Roseworthy has gone from being on its knees to a vibrant campus with 800 students and growing all the time,” he said.

“I always said that when we had complaints from students about not being able to get a carpark that would be the measure of success which we are now getting.”

He joined the uni in 2000 as a professor of animal science and one of his first decisions was to move the department and staff of eight from the Waite Campus in Adelaide to Roseworthy.

“It made sense for teaching and research to be near the farm and the animals,” he said.

This was the start of the Roseworthy campus revival which has seen more than $50 million spent by the uni and federal and state governments.

As director of the campus Prof Hynd was also instrumental in lobbying for the veterinary school at Roseworthy which had its first intake in 2007.

Over the years he has lectured thousands of agriculture and veterinary students and worked on many research projects including developing genetic tools to help sheep producers cease mulesing and using hair to determine the stress levels of an animal.

He is particularly proud the university has built strong links with PIRSA and SARDI and industry.

“SA has done this as well as anywhere,” he said.

Prof Hynd will maintain his affiliation with the uni as an emeritus professor but has also established PI Hynd Consulting to focus on education and research projects.

“I decided it was time – I have achieved most things I wanted to do,” he said.

“I still love teaching so I will continue to do that but I can be more selective with what I do.”