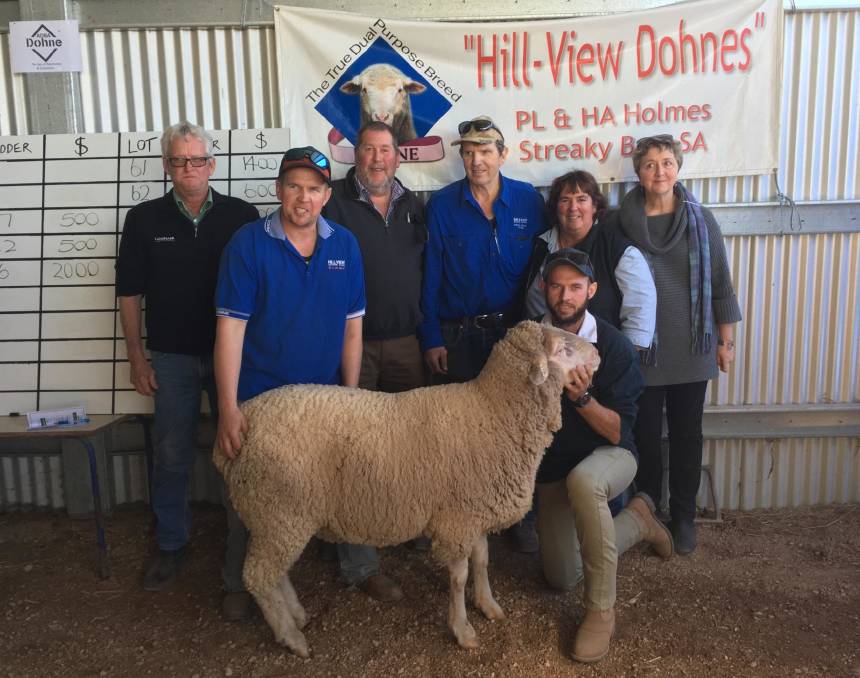 CONTINUED positive buying at Hill-View Dohne stud in Streaky Bay on Friday last week, saw both the top and average excel, with interest from local and interstate buyers.

Greg Hall, Ulooloo Dohne Stud, Hallett, took home the top ram which boasted a fleece with 17.6 micron, and a Dohne index number of 177.8.

Mr and Mrs Holmes were very pleased with the sale result and attendance, with the opening lots fetching consistent high prices in what has been a tough season.