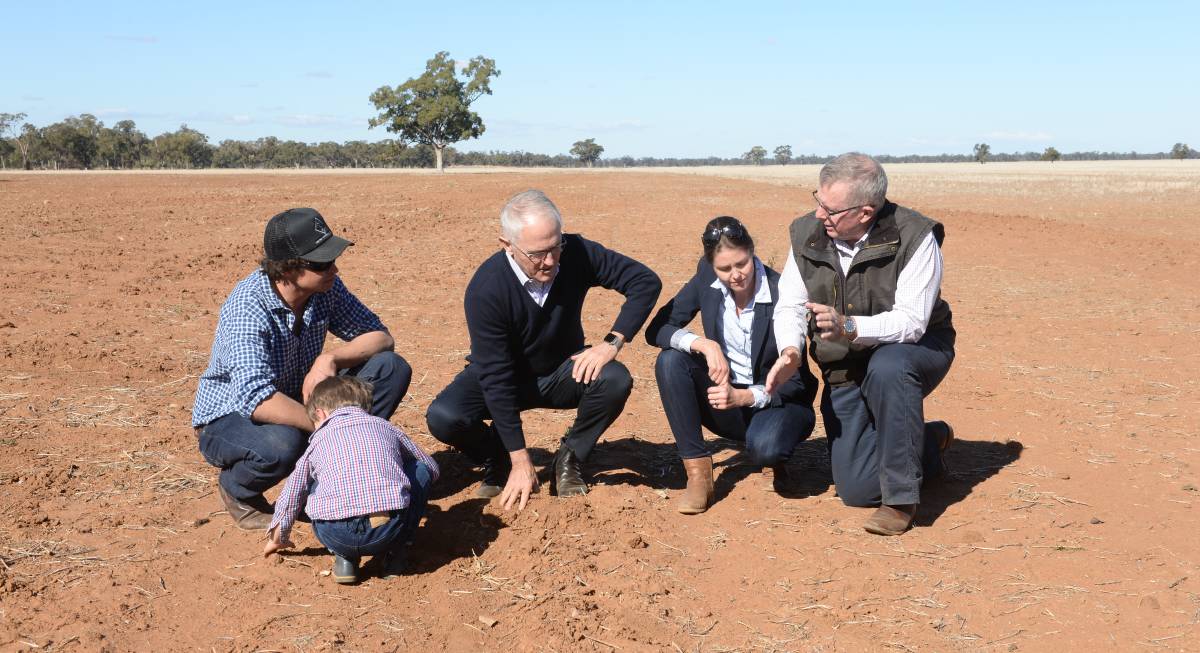 Calls mount for for future-proofing reforms as climate risks increase

It’s the last thing we want to hear when so many of our farming communities are battling a big dry, but the long term scenario for southern Australia under the influence of climate change is for more frequent droughts coupled with generally hotter temperatures and less soil moisture.

This outlook adds impetus to calls for a concerted effort on coordinated national drought policy to bolster the investment in preparation many in the sector are already making.

“We are certainly concerned that as a Commonwealth we don’t have a Federal drought policy in place. The Intergovernmental Agreement on Drought expired in July,” Ms Simson said.

She welcomed the announcement of increased funding for the Farm Household Allowance, directed at farmers in dire straits, and suggested targeted grants or even tax incentives for drought infrastructure could be part of future preparedness policy.

“Obviously the focus now needs to be on providing help to farmers for their immediate needs. But we’d also like to see, as soon as possible, the Government get serious on developing an appropriate, future-focussed drought policy,” Ms Simson said.

“A successful drought policy needs to include measures to support farmers in normal seasons; when farms are drying, during a dry phase and in recovery. It needs to address the social, economic and environment needs of a farm business.”

The evidence of global warming’s impact on weather is clear. Average air temperature has increased by 1 degree Celsius since 1910. The 2016 Australian Climate Variability and Change report from the Bureau of Meteorology and CSIRO said there is “very high confidence” in continued increases to temperatures in Australia throughout this Century.

According to the 11-year mean temperature for 2007–2017 was the highest on record at 0.61 °C above average. Seven of Australia's ten warmest years have occurred since 2005 and Australia has experienced just one cooler than average year in the last decade (2011). This July was the warmest on record, beating the record set the previous year.

Aside from potential disruption to rainfall patterns from climate change, the demonstrated trend of higher temperatures results in increased evaporation, reduced soil moisture and changes to plant growth and physiology. Less stored moisture leads to higher risk cropping in many parts of Australia.

Farmers for Climate Action is a member body of the NFF and is leading the call for proactive ag policy. 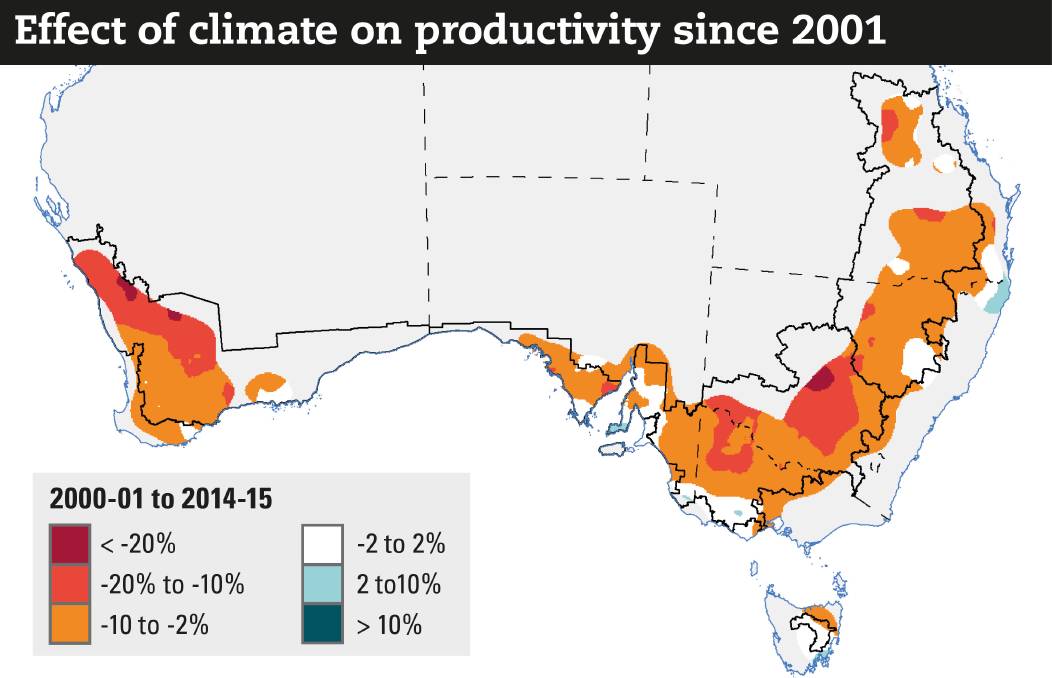 “We can have a bright future ahead of us in agriculture, but first we want to see a new, national coordinated policy that takes into account the climate trends, and the risks of climate change,” said FFCA chief executive Verity Morgan-Schmidt.

“We need to see a comprehensive analysis of the risks and opportunities facing the ag sector, right across Australia’s broad range of commodities.

“We also need support for adaptive management, and analysis of its limits, as well as increased climate literacy for farmers.”

“Scientists are very confident temperatures will continue to increase under climate change. But rainfall variance is less certain.

“We don’t know how climate change effects La Nina and El Nino cycles. Does it make them bigger, smaller or more frequent? That’s the big question for Australia.

“We know climate change is happening on a global scale and we know it’s getting warmer. It’s the subtleties about rainfall patterns that’s uncertain,” Dr Brown said.

“It's alarming that we are seeing drying trends but we don’t yet know how much is due to climate change and if it will continue into the future.” 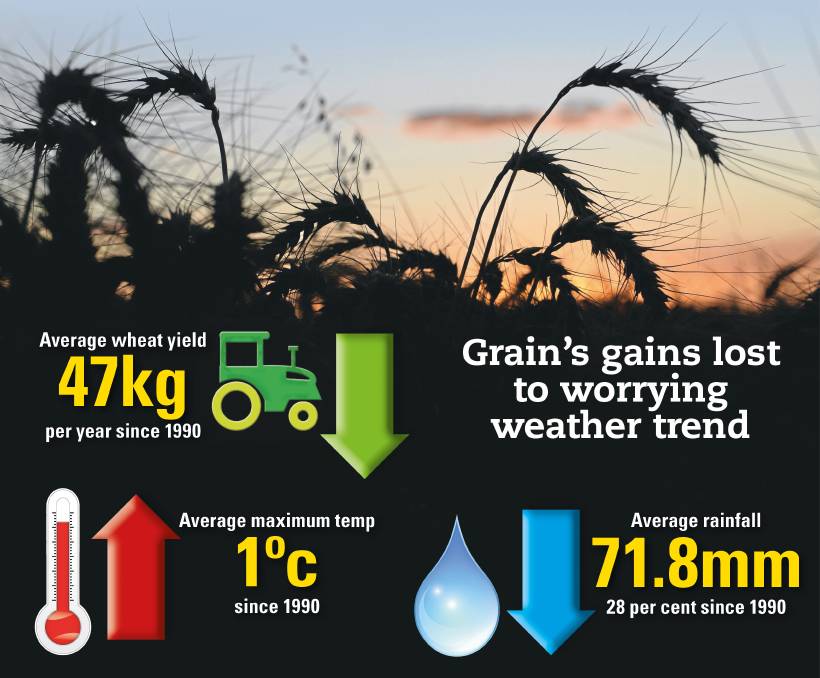 Negative impacts to yields from climate change has cancelled out wheat growers' productivity growth, according to a CSIRO study co-authored by scientists Zvi Hochman, David Gobbett and Heidi Horan.

Bureau of Meteorology manager of long-range forecast services Dr Andrew Watkins agreed with Dr Brown that climate change’s impact on rainfall “is a more complex problem” than the temperature trend.

“In the most simplistic explanation, for each degree of warming you get a seven per cent increase of water that can be held in the atmosphere. So when it rains we expect it to rain more. But we also expect rain events to be less frequently.

Dr Watkins said wet tropic zones had been expanding at a rate of between 5 to 10 kilometres a year.

“We expect climate change to make it wetter in the tropics, which are moving southwards over Australia. But we expect the semi-arid zones which below the tropics to move south as well.”

“We are seeing increasing aridity in many areas. It’s slow, but we now have the research to say it’s happening.”

Australian Climate Variability and Change report said climate change has been linked to a positive Southern Annular Mode across the bottom half of the continent.

The SAM is a weather pattern which influences the movement of rain-bearing low pressure systems and cold fronts across the bottom of Australia.

During a positive phase the westerly winds associated with the SAM contract towards the South Pole and high pressure systems linger over the middle of the continent.

This effect is predicted to reduce winter rain in southern Australia.

Overall, the report predicts with a high level of confidence that time spent in drought will increase in southern Australia - consistent with the projected decline in rainfall.

“Australia is surrounded by three ocean basins that contribute to rainfall patterns. There’s so many different factors at play, which makes is very hard to say how rainfall will change year by year,” Dr Brown said.

“Decisions on planting and so on are often based on past experience, but now we are moving into different territory and we can’t necessarily look at the past.

“Because we have a system with climate change in it we don’t have those analogues of previous practice that apply to the future in the same way.”

The BoM lists the likelihood of a drying El Niño event at ‘watch’ level - which means there’s a 50pc of an El Nino in 2018.