LAMB prices at SA saleyards have surged in the past couple of weeks. 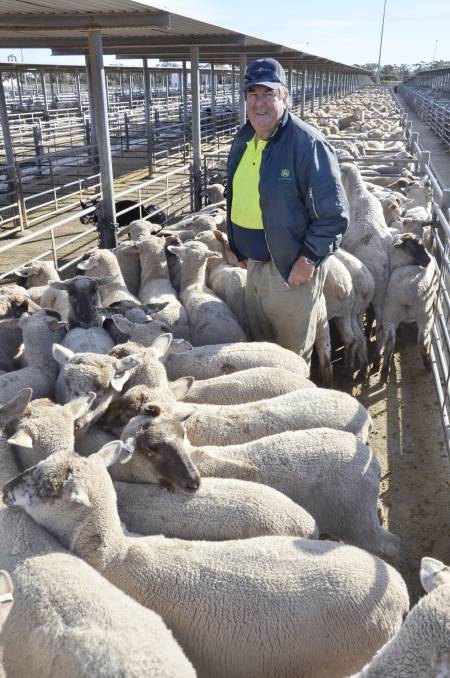 LAMB prices at SA saleyards have surged in the past couple of weeks and could head into record territory shortly on the back of tight supplies.

At Dublin, lamb prices hit a high of $237 two weeks ago, and came close to that again this week, with 132 April-shorn heavy lambs out of Karoonda selling for $232 on Tuesday.

Mutton prices at Dublin have also been outstanding, reaching $190 last week and bettering that return by $6 this week.

“This time last year a pen of mutton made $201 at Dublin, but I think we could quite easily see pens making more than $200 in the coming weeks,” he said.

“Lamb prices didn’t get too extreme this time last year.”

Mr Ward said the lamb market had risen by about $1 a kilogram in the past two weeks.

“Anyone who bought four to six weeks ago, and are feed-lotting, should see some good returns, even though feed costs have also risen,” he said.

Mr Ward said the price rise was on the back of supply.

“Most of Australia is dry, and with no feed to store stock, fat stock are getting harder and harder to find, and they will be until we get a good general rain,” he said.

“While the South East and parts of Vic are looking OK, it’s generally dry across the rest of Australia.”

“I wouldn’t expect that we’d see many sucker lambs out of the Mid North or West Coast areas until late August or early September,” he said.

At the Naracoorte market two pens of lambs reached $230 this week.

He said there was a shortage of fat score three and four lambs, especially any with weight on them.

“Animals with any cover are selling very well,” he said.

Mr Dennis said processors had recognised the dire season across much of southern Australia and the need to pay up to keep supplying their markets.

“Most of the early sucker producing areas are extremely dry and having a below average to poor season,” he said.

“We are hearing southern NSW and the NSW/Vic Riverina are weaning lambs early and selling them straight off mother, so there will not be a lot of suckers about.”