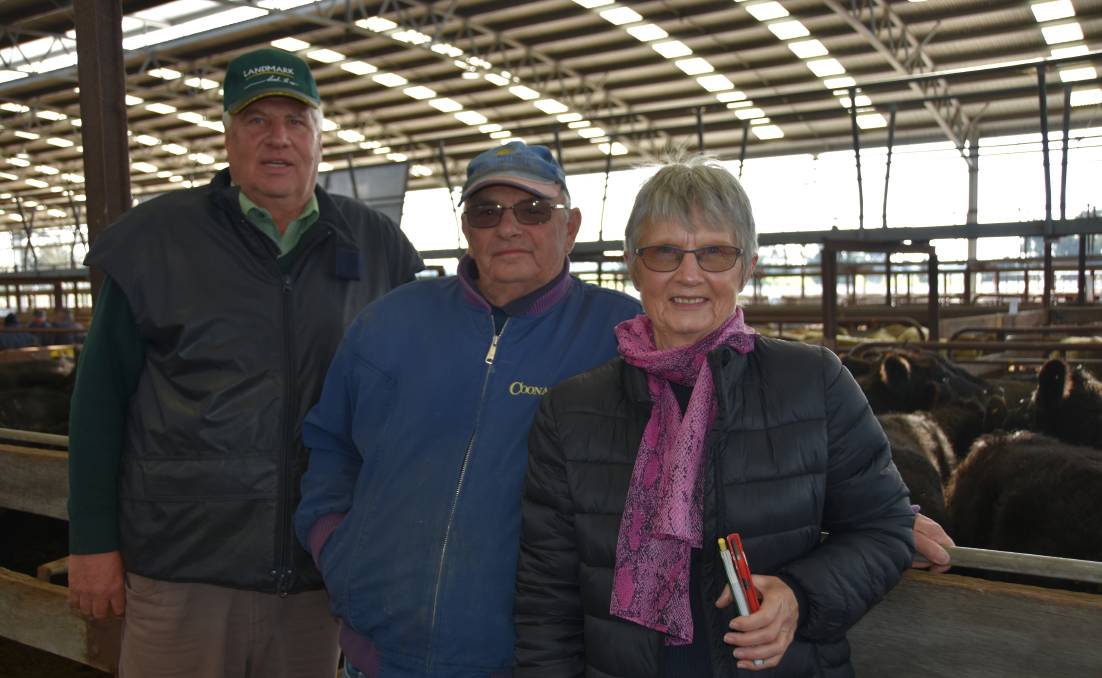 The South East is in a fortunate seasonal position compared to the rest of SA, and much of Australia, but many buyers at last week's Naracoorte store cattle sale were still cautious about buying in the depths of winter.

But prices were back on cattle less than 320 kilograms and dropped to $1.20 -$1.60/kg for a run of Bos Indicus cross steers from the far north of SA.

The South East is in a fortunate seasonal position compared to the rest of SA and much of Australia –  but many buyers were still cautious about buying in the depths of winter, especially with hay supplies nearly exhausted.

And the 1300 head yarding, nearly triple the advertised numbers, also tested the market. It was also a mixed quality offering.

Teys Australia and Thomas Foods International were major buyers on the heavy end cattle at $3.00-$3.10/kg.

Both pens sold to TFI.

The sale continued the trend of heavier cattle making more in cents a kilogram than many lighter weights.

One of the stand-out offerings was 41 spring 2017-drop Angus steers from Swiss Australia’s Glenstrae property at Willalooka.

There were only a few pens above 350kg, including 19 Angus offered by JJA&RLV Boddington, Binnum, which made $1160. 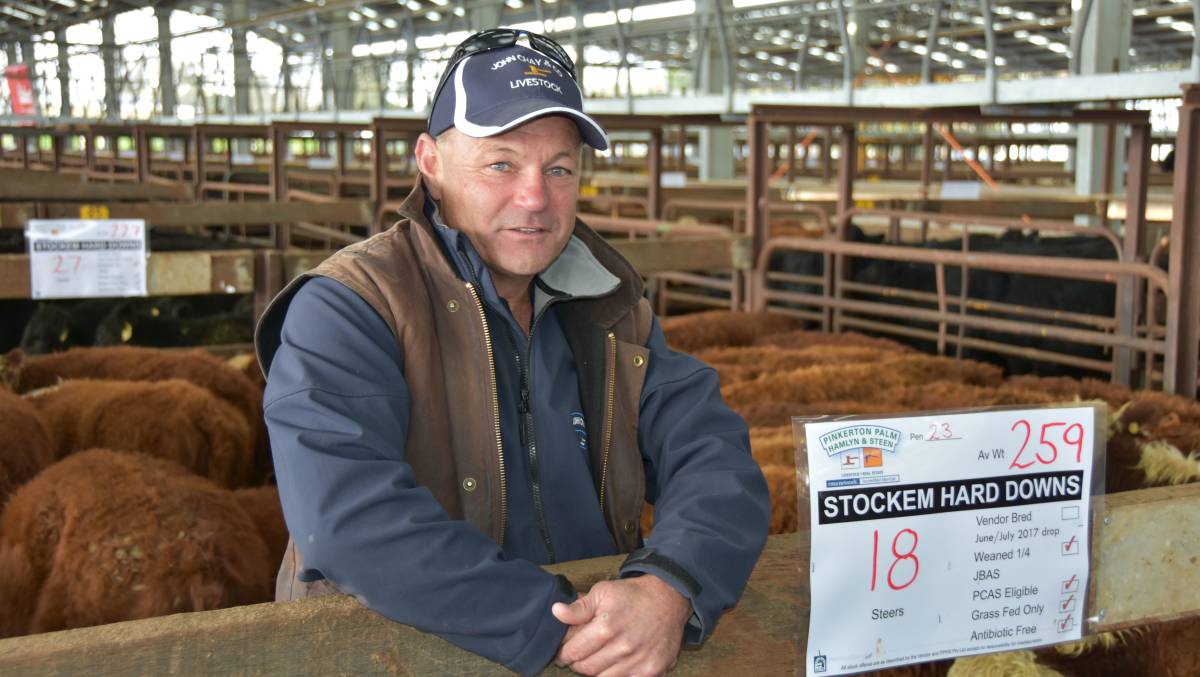 John Chay & Co's John Chay, Millicent, with one of his client's cattle which had a great property name, Stockem Hard Downs. The property is at Mount Burr. Mr Chay bought 60 cattle at the sale.

The sole pen of cows with calves – 10 first calving Angus females, offered by KC Lindner, made $1280.

Pinkerton Palm Hamlyn & Steen director Robin Steen quoted 320kg plus steers similar to slightly dearer but said it “got hard as the sale went along”.

In the past couple of years he said producers had “feed running out of their ears” at this time of the year but this year had seen a return to a normal winter.

“South of Penola they may have feed but they have filled up (with cattle) out of NSW and once you go north of here, if you are reasonably stocked, there are no free paddocks yet.”

Landmark Naracoorte livestock manager Brendan Fitzgerald said steers were firm on the May sale, but heifers were 10-20c/kg cheaper.

“Many want to see a foot of feed before they go out and buy but we know what happens when there is a foot of feed, grass fever,” he said.

“What people bought could be very cheap cattle in a couple of months time.”

He said there were opportunities, especially with the 200 Bos Indicus cross steers and heifers from Ernie P/L which nearly got down to $1/kg.

“They were not pretty cattle but there was money to be made in them,” Mr Fitzgerald said.