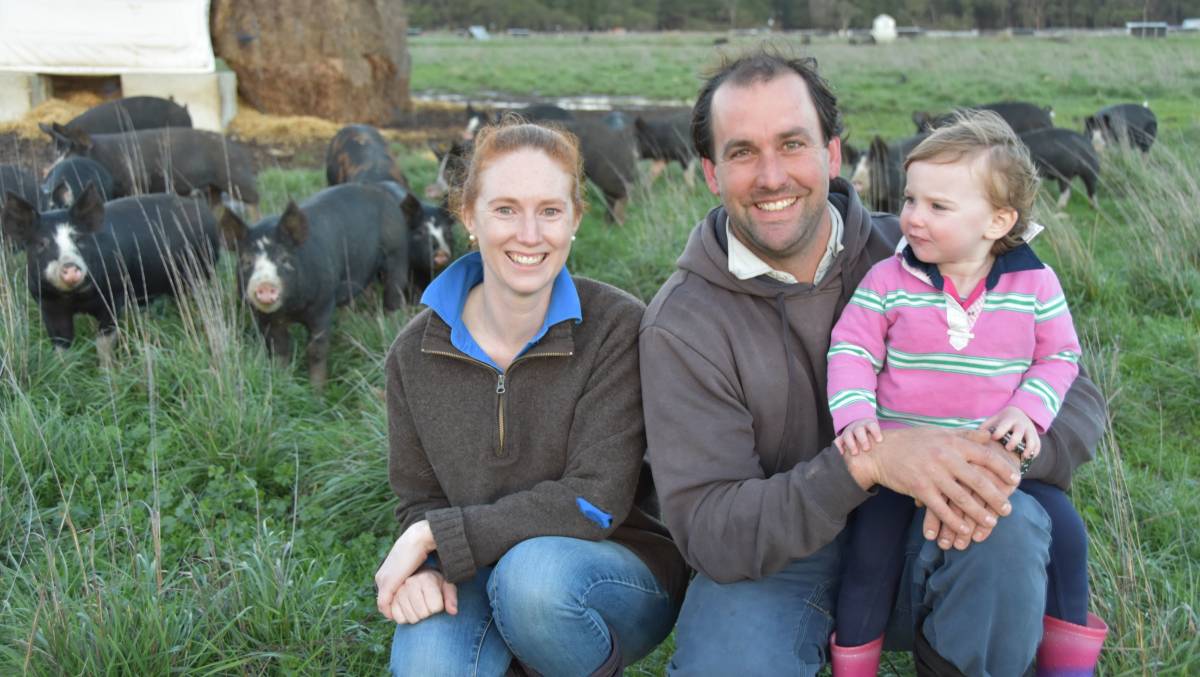 When Beachport farmers Mark and Kate Wheal woke to find their pigs had dug up their lawn, they had a decision to make – get serious about pigs or get out.

They run 100 sows on 30 hectares of their mixed cropping and livestock farm, aiming to turn off 30 to 40 pigs each week.

The Wheals have been supplying Auspork’s The All Natural Pork Company label for the past year, which remains an important market.

But in January, the couple launched their own Beachport Berkshires brand.

Mr Wheal said he was keen for locals in the Limestone Coast to have the opportunity to buy their tasty, succulent pork, rather than just those customers living in Sydney, Melbourne and Adelaide.

“We quickly realised we needed to have butchers to utilise all the cuts so we are working with them to grow brand awareness,” he said.

It is also on the menu at The Caledonian Inn, Robe, and online sales have been a hit, selling 25 kilogram boxes comprising chops, roasts, mince, sausages and ribs. 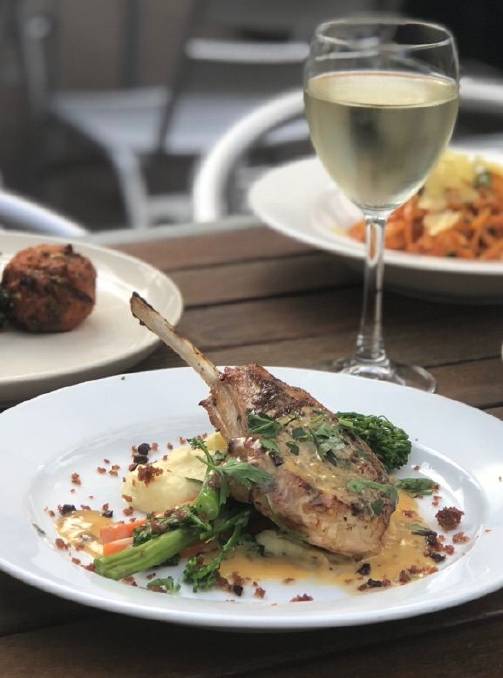 Beachport Berkshire pork is on the menu at the Caledonian Inn, Robe.

“We have done a bit of social media promotion and have an online shop, but most sales have been through recommendations,” Mrs Wheal said.

“A friend will buy a box, then they say how good the pork is to their parents, their in-laws, their neighbour, their sister and so on. From one sale we end up getting five or six sales.”

Unlike many other boutique brands, which aim for high margin, the goal for the lower turnover Beachport Berkshires is to keep its pork affordable and sell more of it.

Mr Wheal says they have been able to achieve this by processing the 90kg liveweight pigs closer to the farm at Edenhope, reducing freight costs.

“We have been able to get our pork competitive with white pigs supplied by wholesalers from Adelaide,” he said.

The boxed meat is sold direct to consumers at $10/kg.

The Wheals say it has been a learning curve for them, dealing with retailers and consumers.

In November Beachport Berkshires gained its Australian Pork Industry Quality Assurance Free Range accreditation, which outlines animal welfare and environmental sustainability standards, many of which they had already been doing.

They hope demand will continue to grow for their certified free-range pork and the product’s local provenance will attract more chefs wanting to put it on their menus.

“I want people to try the product because once they try it, hopefully they’ll enjoy it and come back for more,” Mr Wheal said.

BEACHPORT Berkshires owners Mark and Kate Wheal pride themselves on supplying some of the most mouthwatering pork consumers have ever put on their fork.

They say the heritage breed may have slower growth rates and smaller litters than some other breeds but the marbling sets Berkshire pork apart.

“A pork chop is so easy to overcook and dry out but with Berkshire pork having a bit more fat, you can’t really dry it out,” Mr Wheal said.

To ensure they continue to breed pigs with great eating quality, they use beef cattle ultrasound scanner Ben Glatz, Avenue Range, to measure the intramuscular fat of their sows and boars. This assists decisions on which sows to retain and boars to use.

“Everyone knows fat is flavour but it is a juggling act between reducing high levels of back fat and increasing eye muscle area, marbling and growth rates, while not compromising eating quality,” Mr Wheal said.

The Wheals say its a great opportunity to value add their feed grain.

“With a Merino sheep you get one, or two lambs if you are lucky, a year, whereas one sow can produce upwards of 20 odd piglets a year with a 2.5 to 1 feed conversion,” he said.

“In six months we are producing an 85 kilogram to 90kg animal. You would need to have 2000 sheep to produce as many offspring as 100 sows – and at the end of the day it is still an ethically-sustainable product that tastes great.”