Treasurer Rob Lucas says there will be no cuts to emergency services to reinstate $360 million in savings to SA households and businesses. 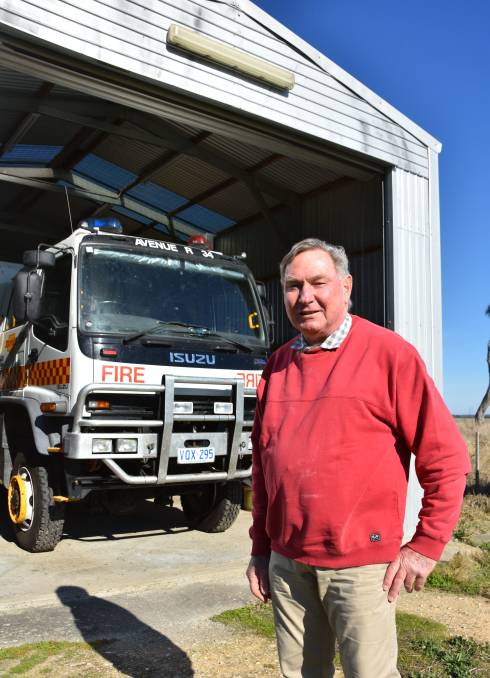 GOOD MOVE: David Crawford, Avenue Range, is pleased the government is upholding its pre-election promise to reduce the emergency services levy for landholders.

He is looking forward to seeing the extent it will reduce his bill.

“Anything is better than nothing, but it is a change in the right direction,” he said.

In late 2015, Mr Crawford was among members of four South East brigades that protested against massive hikes by vowing not to fight bushfires on Crown land.

He says it would be good to see a rebate for emergency services volunteers who donate countless hours of their time, but acknowledges it could be difficult to implement.

“They certainly don’t make any allowances because we are in the State Emergency Service, CFS or volunteer ambulance,” he said. “Country people are always willing to help protect others but to be volunteering and still paying for it – that is a bit rich."

But he praised the funding from the ESL, saying the Avenue Range brigade was well-equipped with a modern truck and facilities, and good training available to its members.

Greenpatch farmer Mark Modra also supports the reductions, although he is yet to study the detail.

But the CFS volunteer would like to see a fixed rural rate, rather than the existing “land tax”.

“When land values go up we end up paying more,” he said.

“What invariably happens is the rural community pays more than their fair share, especially given we use it the least – we don’t have access to the Metropolitan Fire Service or a great amount of other lifesaving cover.

“There is no SES here, if a tree falls on my roof I have to deal with it myself yet we as country people are paying a lot more (of the ESL) than anyone else.”

Rural SA to save from state govt’s ESL promise

South Australian farmers will receive a reprieve on their emergency services levy bills with the state government to reinstate $360 million in savings across four years.

The previous Labor government had drawn widespread criticism after removing a general remission on the ESL fund in 2014-15.

This sent bills soaring by up to 1000 per cent for farmers with multiple land titles, and charges have steadily increased since.

Mr Lucas acknowledges primary producers may not see their bills halve like many in metropolitan Adelaide but he says they will still pay less than similarly-valued residential properties in the city.

“This is 42pc less than the ESL liability of a similar valued residential property in metropolitan Adelaide, which will be liable to pay an ESL bill of $213.20 in 2018-19.”

Mr Lucas says there will be no cuts to the vital services offered to pay for the levy reduction.

He says this additional $16m will be funded through “cutting waste and the financial mismanagement” of the previous government.

“We made a promise we would not cut funding to pay for the ESL cuts –  we are keeping our promise even though the budget situation is very difficult,” he said.

“It will be $90m that families, farmers and other small businesses can choose where they spend it, which will create jobs and stimulate the economy.”

Another election promise, the $5m pledged to upgrade CFS stations, across two years, will be funded from general revenue.

“If they are giving $90m back it has got to be a help, so we look forward to seeing the bills,” he said.

“We felt when the remissions ceased we were at a disadvanatge since we provide most of our own emergency services and we were cross subsidising those in the city.”