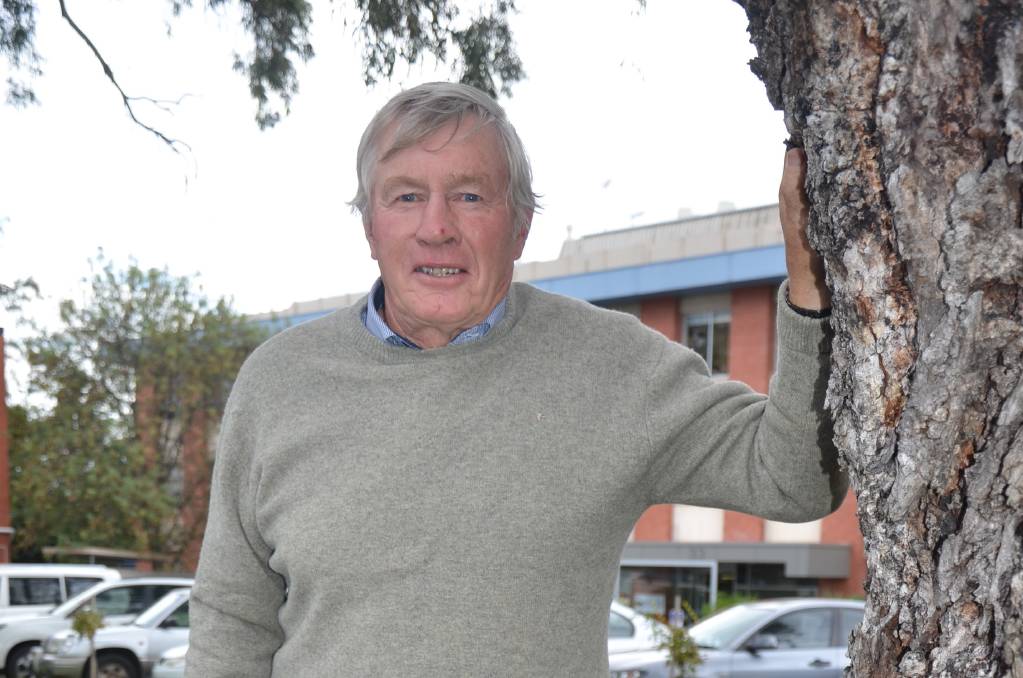 Graziers are being encouraged to report wild dog sightings to help authorities get a better picture of the scale of the problem.

WILD dog trapper funding is not yet carved in stone by the state government, but the SA Wild Dog Advisory Group is already planning ahead to ensure prompt action once it is in place.

The Liberals have promised to employ two full-time trappers but with the next state budget being worked on, the funding for the positions is not available yet.

SAWDAG chairperson Heather Miller said at the group’s next meeting on May 22, they would be exploring how government funds could be best utilised.

“We’ll be looking at who has responsibility for managing how dog trappers will be allocated and what requirements will be in place for properties that want to use a trapper,” she said.

“Trappers aren’t there just to get the easy dogs. There needs to be a baiting program in place first, to remove as many dogs as possible, so trappers can focus on the dogs that don’t take baits.”

If people can ring the department, we can start to get some good baseline data on what’s happening out there. - HEATHER MILLER

SAWDAG, which is tasked with implementing the SA Wild Dog Strategic Plan 2016-2020, has met twice this year, with its upcoming third meeting to focus on trapper implementation models.

“There is a lot to do before trappers hit the ground,” Ms Miller said.

“The government has said they will fund two full-time equivalent trappers, but it might be that there’s two full-time people or four different people at various times.”

Ms Miller said another priority for SAWDAG was looking at long-term sustainable funding models for the group.

“At the moment our funding comes in from various organisations including Australian Wool Innovation, PIRSA’s Sheep Industry Fund and dog fence levies,” she said.

“We need to look at an ongoing funding model, so we’re not always chasing funding from different areas.”

When you’re getting dogs shot at Caltowie, and even further south, it shows how big the issue is. - GEOFF POWER

Ms Miller said dog control could be boosted by landowners providing information on dog numbers to the Department of Environment and Water.

“If people can ring the department, we can start to get some good baseline data on what’s happening out there,” she said.

Ms Miller said dogs were moving south at a rapid rate and while the Dog Fence was a great barrier, no fence was going to stop everything coming through.

“We also know dogs are breeding inside the fence,” she said.

Spreading issue ‘out of control’

ORROROO farmer Geoff Power has been advocating for a number of years for the reinstatement of full-time doggers in SA, and is looking forward to appointments being made this year.

Mr Power said the problem had been spreading dramatically.

“The wild dog situation is out of control,” he said.

“When you’re getting dogs shot at Caltowie, and even further south, it shows how big the issue is.”

Tom Finlay, Quorn, shot a wild dog near the town last week, within days of his friend Ben Hilder getting one.

With dogs a known issue in the town, the men had been tracking dogs in recent weeks. 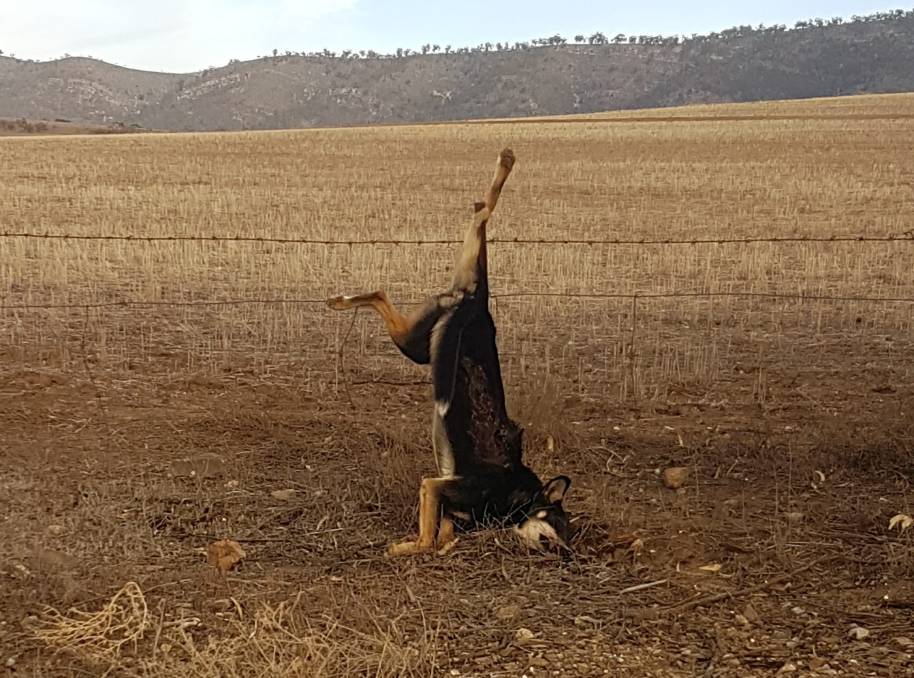 DOUBLE HEADER: The second wild dog shot at Quorn in a week. Shooter Tom Finlay says this year looks like being a perfect storm for the pest.

Mr Finlay believes numbers will get worse this year.

“That’s just based on the numbers up north, I think the younger dogs and the not as healthy dogs will be pushed further south,” he said.

“As well as feed drying up, you’ve also got an influx of other pests like kangaroos as well. I think it’s a perfect recipe for them to head south.”

Mr Lymn farms at properties at Wudinna and Minnipa, and said the problem dog had been present in the district for a few years.

“There’s been lots of different farmers who have seen it,” he said.

Mr Lymn lost about 20 ewes across a three-week period due to the dog.

As well as the financial cost, the affected sheep were a shocking sight, with the dog pulling out their kidneys.

This meant the sheep had to be put down, or else it would be a painful few days before they died of renal failure.

Mr Lymn employed an experienced trapper from Kyancutta to target the pest but it still took days of patience before it was trapped.

“The trapper stayed out for five nights, following the sheep mobs and hoping the dog would turn up,” he said.

“We also had traps at different places around the farm, which we were checking every day.”

Eventually, after checking one of the traps, the dog was found.

Mr Lymn estimates the dog was between six to seven years old and appeared to be fairly pure, with a bit of crossbreeding.

He said with the livestock industry offering so much economic value to the state, it made sense to protect it from wild dogs.

Mr Lymn said it was concerning to know there were other dogs in the area, with sightings near Warramboo and north of Minnipa.