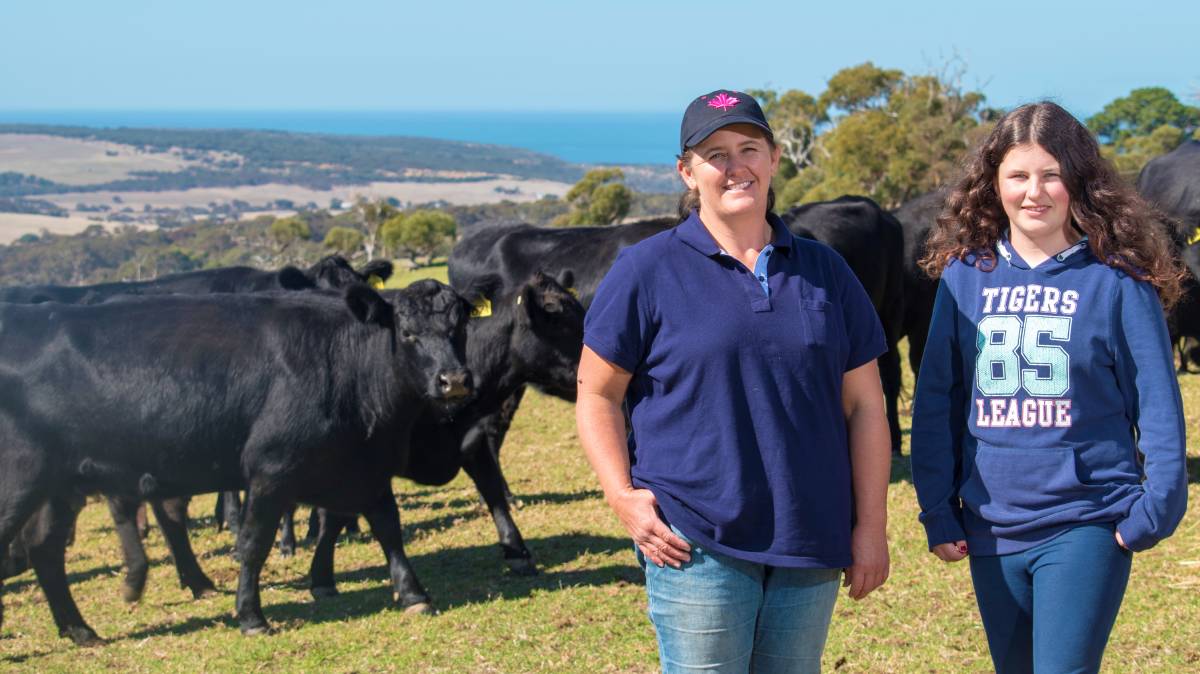 MAKING CHANGES: Diana Ryan and her daughter Katie keep a watchful eye on first-time Angus calvers at their Waitpinga farm.

Slowly decreasing the age of their herd is proving beneficial for the Ryans.

WHEN it comes to producing cattle, Diana and Paul Ryan, Waitpinga, favour quality ahead of quantity.

It is not about how many head of cattle are produced, but how many kilograms of beef are sold through their farmgate.

In a bid to improve genetics, quality and kilograms produced, the Ryans are turning over their whole herd – selling older cows and retaining heifers.

The major cull program began two years ago when the duo returned home from working at a farm in the Mallee, and saw the need to improve the herd.

Their aim was to improve genetics and reduce the age of the herd, and they intend to have the change completed within the next two years.

Many of their practices stemmed from their time spent as dairyfarmers, but Mrs Ryan said the same principles worked for beef cattle.

They run 280 breeders on 769 hectares, which is split across three farms on the Fleurieu Peninsula.

In addition they have 83 heifers, which will be mated for the first time this year.

This season they also calved down 50 heifers, mated to Stoney Point-blood bulls, resulting in 22 heifer calves that will be retained to further improve their herd.

“When we worked in the Mallee we carried out the same process,” Mrs Ryan said. DINNER TIME: Some of Diana and Paul's cattle enjoying hay.

“We flipped the whole herd and within seven years ended up with a very nice herd of cattle – we did it in the dairy industry as well.”

In modifying their herd, the cattle are heavily scrutinised, those that do not calve or are pregnancy-tested empty are culled, as are any with too much white in their coat.

The changeover has resulted in a farm weight increase from 86 tonnes produced in the 2016 season to 103t in 2017, which Mrs Ryan said was due to selling older cows.

She expects the total weight to drop in the next few years as the herd is refined.

And while genetics have played a key role in refining the herd, so has tightening the calving window.

“We want to get it to a nine-week mating period, so it’s a shorter time frame when it comes to weaning,” he said.

Heifers are mated in June, three weeks prior to the remaining herd, to ensure they calve with plenty of time for attention and care.

These calves arrive in March, with the rest of the herd calving in April/May.

“I’m very pedantic with the heifers, I like to check them often and during the night in calving season,” Mrs Ryan said.

“I put a lot of effort into them because it’s their first time, and they’re more susceptible to problems.

“Once they’ve had their first calf, they’re generally fine.” 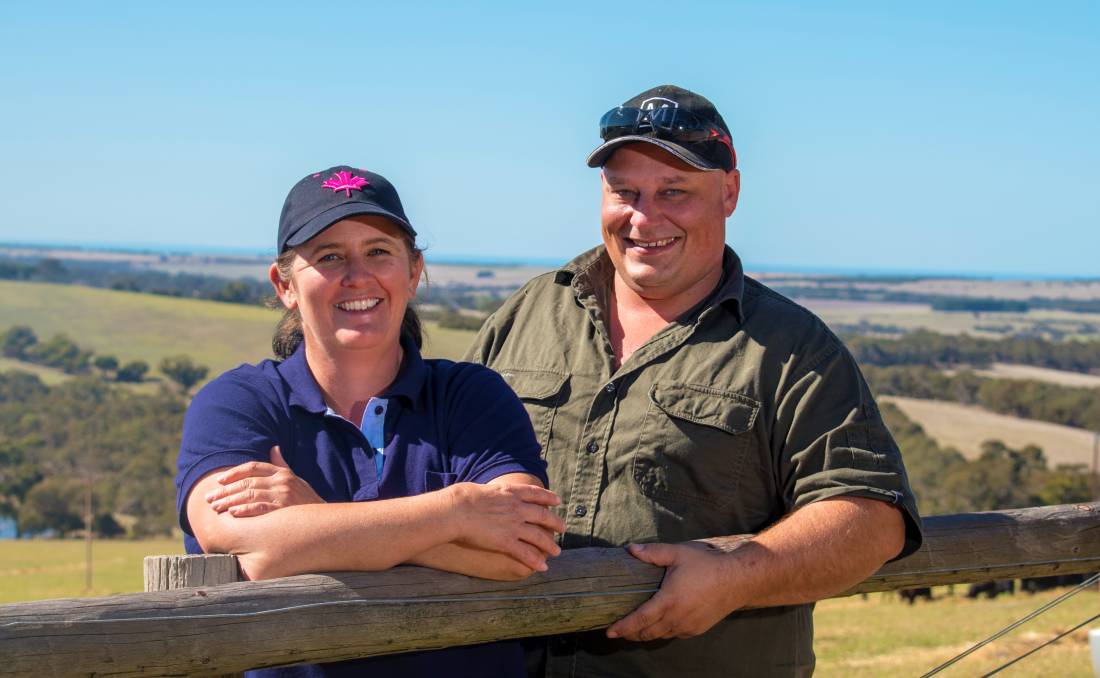 GETTING AHEAD: Diana and Paul Ryan at their Waitpinga property.

WHILE Diana and Paul Ryan’s three farms on the Fleurieu Peninsula are all within a 20-kilometre radius, the rainfall can vary up to 254 millimetres.

They say the rainfall variation and difference in temperature impacts the growth of young cattle, which is why they choose to sell stock between nine to 10 months of age.

“It’s not the area to grow out steers because it’s a shorter season than the South East,” Mr Ryan said.

With two farms at Waitpinga and another near Parawa, the temperature difference has a noticeable impact on heifer growth.

At the end of weaning, heifers are moved to the second Waitpinga farm, which is warmer, and has less wind chill, resulting in better growth rates.

Mr Ryan said it was “meals on wheels” for about six months of the year, providing cereal and pasture hay due to a shorter growth period for grass.

The hay has also helped reduce weed populations in their paddocks.

“We have been concentrating on cleaning the paddocks,” Mr Ryan said.

“We have been putting in cereal for hay so we can use certain chemicals to remove grasses and weeds like guildford grass or soursobs.”

What the Ryans use is dependent on the ground type, as there is a big variation from non-wetting sand to heavy clay soils between the three properties.

“We’re yet to put in some lucerne – it’s just getting the paddock clean enough to put it in,” Mr Ryan said.