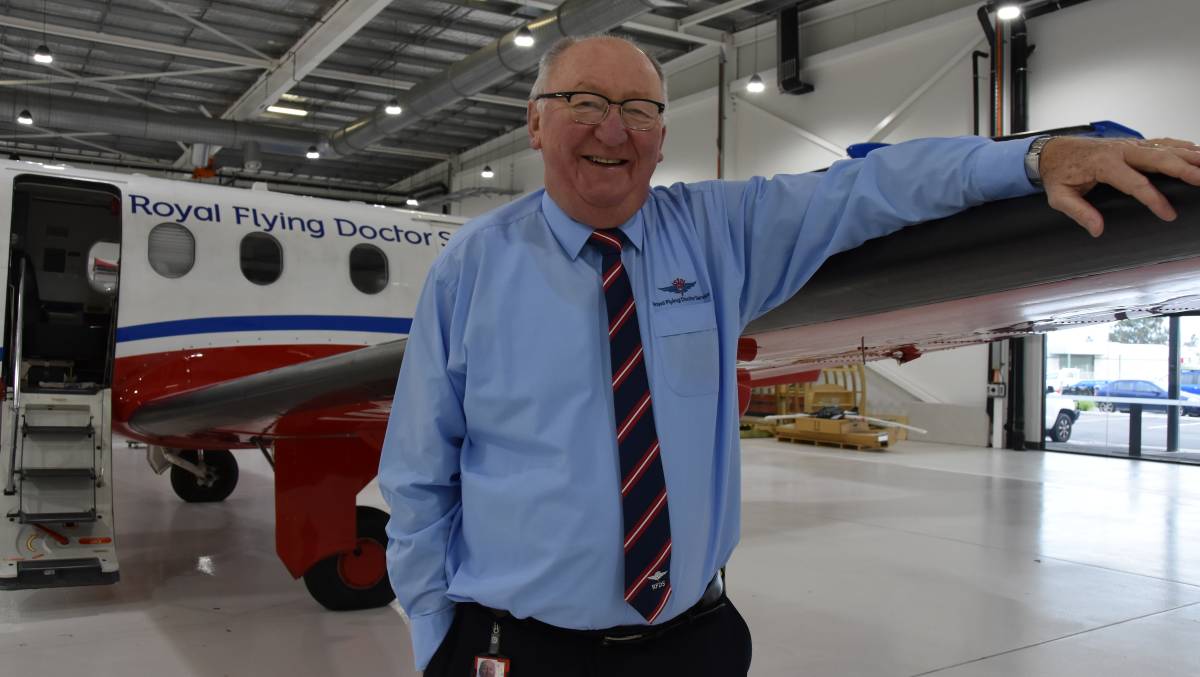 PROUD LEADER: As Central Operations CEO John Lynch reflects on his 32-year career at the RFDS, he is proud of the continual improvements in patient care and services throughout SA and NT.

An end of an era is coming at the Royal Flying Doctor Service as long-serving Central Operations chief executive officer John Lynch prepares to retire at the end of 2018.

An end of an era is coming at the Royal Flying Doctor Service as long-serving Central Operations chief executive officer John Lynch prepares to retire at the end of 2018.

On the eve of the 90th anniversary celebrations for the RFDS, Adelaide-based Mr Lynch reminisced about the highlights of a career spanning 32 years – including 18 in the CEO role – at one of Australia’s most iconic organisations.

Mr Lynch joined the RFDS at its Broken Hill, NSW, base as an accountant in 1986. He was appointed chief financial officer of RFDS Central Operations in 1991 and assumed the position of chief executive officer in December 2000.

“It has been a privilege to hold positions with an organisation that means so much to so many,” Mr Lynch said.

“I have met some incredible people during my time here, whose contributions have ranged from running a gymkhana or doing a roo run on a remote airstrip to ensure we can land safely, to assisting with refuelling at a remote airstrip, or providing transport for our crew to get from the strip into the community that we’ve been requested or scheduled to attend.

“To all the people who have raised funds for us via an auxiliary or support group in either a major regional centre or a far remote location, to those people who continue to endorse the good work we do – they’re the highlights.”

I believe every Australian is a shareholder because somewhere along the line every one of us has a connection to the RFDS. - JOHN LYNCH

Today, the section carries out more than 50,000 patient contacts a year, including 9000 aeromedical evacuations.

According to Mr Lynch, one of the most significant development during his time at the RFDS has been the improvement in aircraft technology.

“When I joined the RFDS in Broken Hill, we had two Nomad aircraft. They were slow and unpressurised which meant a turbulent journey flying in the Far West of NSW in summer for the people on board, but it did its job,” he said.

“As we progressed we then became the launch customer for the Pilatus PC-12 which is a single engine, turboprop aircraft.

“It flies at a more enhanced speed, it’s pressurised, has air-conditioning and a stretcher-loading device on board.

“From a clinical aspect the PC-12 has reduced travel time and enhanced the capacity to spend more time with the patient which has contributed to their wellbeing.”

“We started with the ingenuity of Alf Traeger’s pedal radio and now have a whole suite of communications available which almost allows for a visual observation as photos can be taken and transmitted immediately to a specialist,” he said.

Our organisation was born to ensure people had equal access to health services, what it has evolved into is to deliver care to all those who need it and in particular to areas where no one else goes. - JOHN LYNCH

More memorable RFDS moments include the relationship developed with a patient’s widow, Nancy Pender, who became an ardent RFDS supporter, raising more than $1 million during her lifetime.

“It was February 1987 when the RFDS received a call out from Broken Hill to a request for treatment for a patient, Nancy’s husband, who sadly passed away,” he said.

“But as a result of her husband’s situation, Nancy organised significant fundraising initiatives in her hometown of Mildura, Vic, which allowed a new community to embrace the RFDS.”

Another highlight has been the appointment of a 10-year contract for RFDS to be the interhospital transfer fixed wing provider for the SA government, providing a higher level of patient care throughout the state.

Mr Lynch is also proud of the purpose-built Adelaide base, officially opened in 2016, thanks to a $19-million investment from community donations, corporate partners and bequest revenue.

“It is a completely RFDS-funded enterprise which we are proud of because it belongs to the community,” he said.

“I believe every Australian is a shareholder because somewhere along the line every one of us has a connection to the RFDS.

Knowing that every morning you wake up, someone within the RFDS will make a difference to somebody, somewhere, today is really powerful. - JOHN LYNCH

“Our organisation was born to ensure people had equal access to health services, what it has evolved into is to deliver care to all those who need it and in particular to areas where no one else goes.

“In doing that the community have embraced us and with the support of our government partners, stakeholders, corporate sponsors and all the volunteers and generous donors around Australia they’ve allowed us to continue to grow, innovate, and also be cost-efficient.

“Knowing that every morning you wake up, someone within the RFDS will make a difference to somebody, somewhere, today is really powerful.

Mr Lynch is looking forward to the celebrations taking place throughout the year to mark 90 years of the RFDS.

“Events are being held in Adelaide, Port Augusta, Alice Springs, NT, and Darwin, as well as many regional events being run by our dedicated volunteers,” he said.