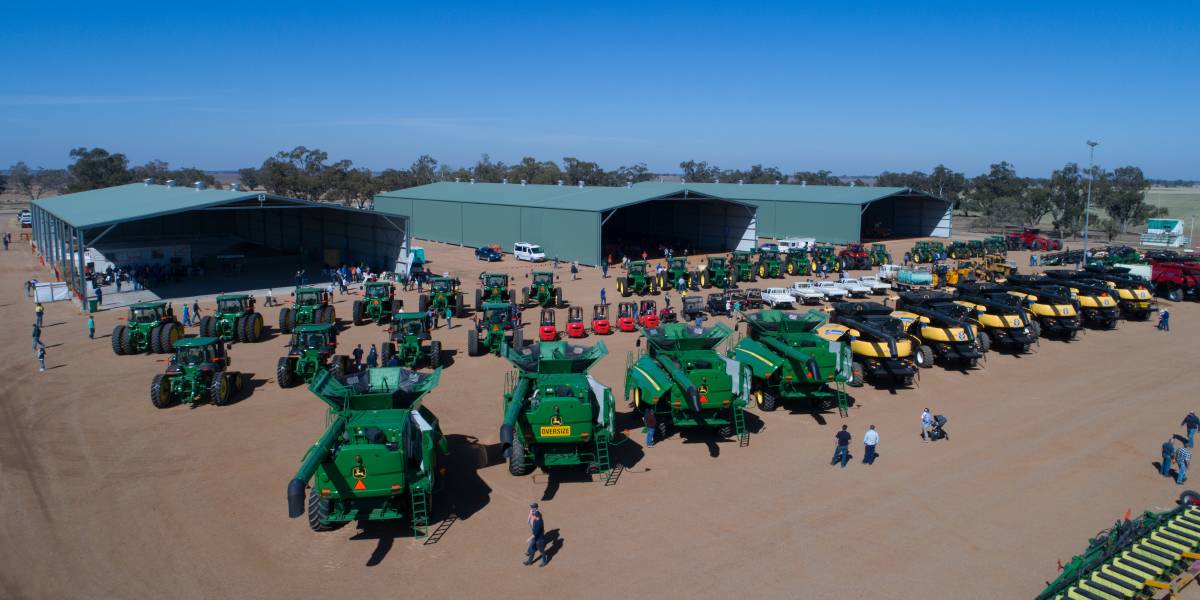 FLEET TURNOVER: The 2017 Ritchie Bros sale at Keytah, Moree, NSW, was an example of the fleet turnover approach.

The tractor industry is expected to remain strong.

TRACTOR sales have been strong for the past two years and the industry body expects the trend to continue.

“Overall sales were up a further four per cent on the same time last year and sit 7pc ahead on a rolling twelve month basis,” he said.

“Looking ahead, expectations are once again high, although, not without its challenges.

“Manufacturers and importers are beginning to see a return to healthy conditions in the United States and Europe.

“This will ultimately impact supply to the Australian market which has been one of the few bright spots globally.”

Read the online edition of the Farm Budget Guide 2018 here.

Mr Northover said affecting agricultural machinery sales was the trend toward a faster turnover of machinery.

“We see a continuation of a more sophisticated approach to the use of agricultural equipment by farmers and contractors as they continue to adopt a greater fleet management focus,” he said.

“Because farmers are so much more focused on productivity and are constantly seeking to avoid downtime, the importance of locking in known hourly operating costs is critical.

“This is seeing more users trading machines out at around the 3500 to 4000 hour mark prior to any major repairs or refurbishment requirements, in much the same way as fleet operators do in other industries.

“There are more corporate farming units in Australia, then ever before,” he said,

“How they buy their equipment is different, rather than the small farmer buying one machine at a time the corporates are buying 10 or 20 machines.”

Mr Massey said this meant large professional auctions were more attractive, as they allowed the offloading of larger packages of assets.

“A bigger sale is a bigger draw card. It’s about creating an event to get the audience to travel to it,” he said.

Mr Northover said the strongest activity in January was in higher power tractors and out front mowers.

“Not surprisingly, sales of harvesters were quiet with a small number of baler sales also reported,” he said.

THE Tractor and Machinery Association (TMA) reported an outstanding year for tractor and header sales.

“Conditions supporting tractor sales in Australia were very healthy in 2017,” he said.

“Overlaying this has been strong demand for larger tractors driven by a generally optimistic outlook supported by the ongoing drive for productivity improvements,” he said.

Mr Northover said an exceptionally strong December capped off what has been a remarkable year.

“Overall, tractor sales were up 8.1 per cent in terms of unit numbers,” he said.

Mr Northover said while harvester sales were down a little in December they landed on the same number as last year at 867 units sold.

“The year for harvesters has certainly seen its challenges, with harvest levels down on last year’s record.

“Suppliers have seen stock levels rise in response to anticipated demand and this has led to some sharp deals.

“We expect this to continue into 2018 as new models are released requiring the current range to be moved on.”

Mr Northover said baler sales were down considerably on bumper sales in 2016.

“Most suppliers expect a steady improvement in 2018 as more normal conditions return.”

Predictions for the year ahead are generally optimistic, according to Mr Northover.

“Although one would be brave to predict a better year for tractor sales than we have seen in 2017.”