THERE were more than twice the amount of cattle yarded than was originally advertised at the store cattle sale in Naracoorte on Thursday last week. 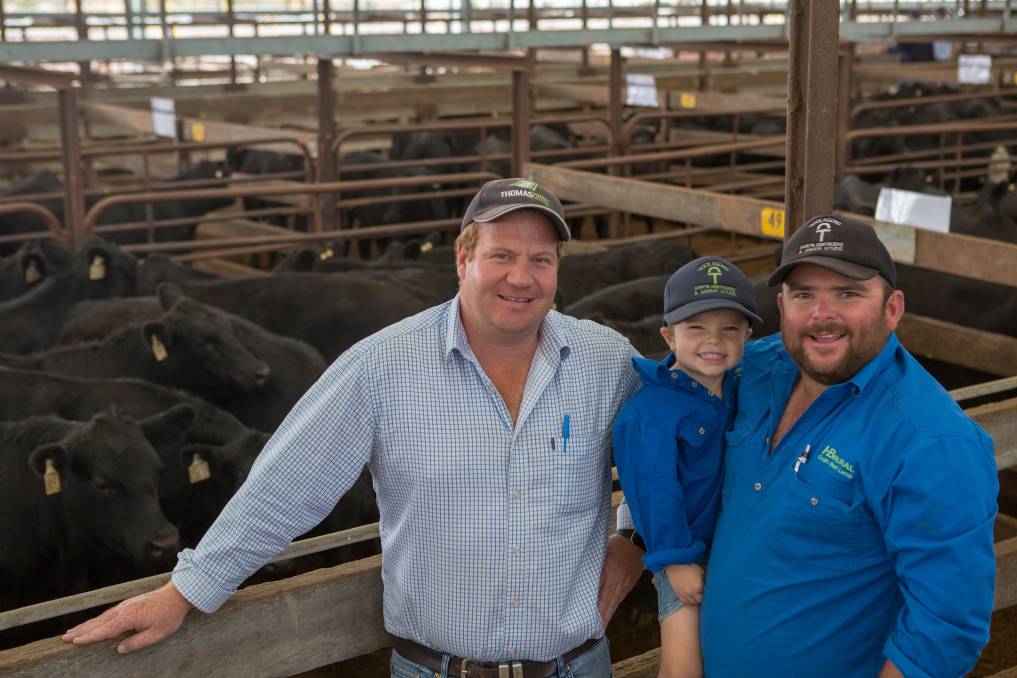 THERE were more than twice the amount of cattle yarded than was originally advertised at the store cattle sale in Naracoorte on Thursday last week.

The final tally of 1252 head sold was a sign of the dry conditions in the South East, with most producers having little or no summer rain to speak of.

“Given the season we’re having in the South East, you’d expect a lot of lighter cattle, but we’re still getting cattle with weights of 320 kilograms to 340kg-plus,” he said.

He said demand for European Union-accredited cattle was very strong and above expectations by 10 cents a kilogram to 15c/kg liveweight.

Feeder cattle weighing more than 380kg were in demand, with buyers paying from $2.65-$2.95/kg and one northern feedlotter underpinning the market.

Heavier steers were slightly easier on February prices, with lighter steers selling pretty much on a par.

Although a couple of pens of recognized breeders’ heifers sold exceptionally well, heifer prices were generally a little more subdued than expected, mainly selling from $2.50-$2.75/kg, which in comparison with the steers represented reasonable buying.

Making room for breeding stock after the recent fires in Western Vic destroyed pastures, RL Rollinson sold 75 Hereford, Shorthorn-cross and Angus steers with weights from 340-559kg. The steers topped at $1291 or $2.31/kg and av $1146. John Chay & Co, Millicent, bought 50 of the steers, paying an average of $1121.

Only four Angus cows with Angus calves at foot were offered, selling at $1380 a/c NA&RG Eylward, Frances, to Elders Naracoorte.