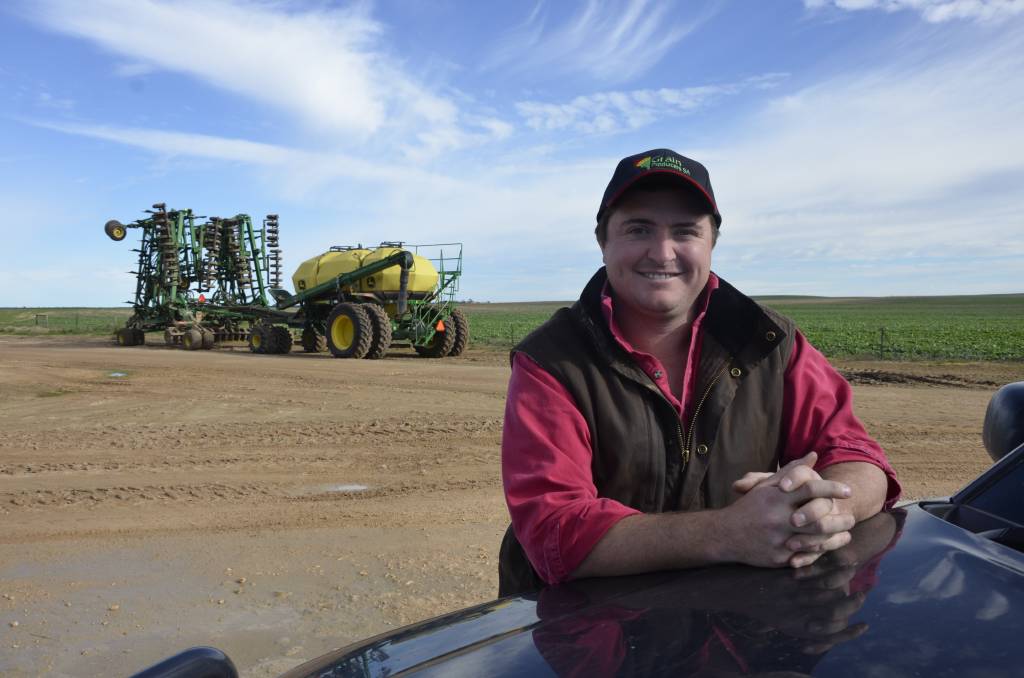 AFTER years of frustration with South Australian politics deliberately denying the state’s farmers access to Genetically Modified crops, despite the weight of scientific and economic evidence, Wade Dabinett has a renewed lease on life.

Mr Dabinett is Chair of Grain Producers South Australia (GPAS) and breathed a sigh of relief after the Labor party was dumped at the weekend’s election after 16-years in power.

That shift in political power has now opened the pathway for the commercial cultivation of GMs at some stage in the near future.

An incoming SA Liberal government under Premier Steven Marshall has promised to commission a high-level, expert review of the economic benefits of maintaining the moratorium on GM crops.

Other political parties merely offered more frustration and prevarication for farmers to deal with, making science and economics the innocent victims of political byplays.

Labor in power had extended the GM crop ban out to 2025 based on a view – which few sources believed was backed up by actual, credible evidence – that a premium exists for GM-free product.

But now Mr Dabinett said the state’s grain farmers looked forward to participating in a fair, balanced and independent review of GMs “to ensure that this important piece of policy in South Australia is based on fact not fear”.

“For us, we will work with the government to get a commitment on a date and structure of the review,” he said.

“When they have said ‘expert’ panel, what does that mean?

“Certainly it must be focussed on the economic impact of the moratorium, not focussed on safety and doubling up on what the regulators role is.”

Mr Dabinett said there was certainly work to be done in the SA community after the GM issue had been “kicked around like a political football” with a “significant amount of false information thrown around aimed at driving fear into the community”.

“There is obviously confusion in the community around what the state’s role is and what the federal regulator’s role is,” he said of the Office of the Gene Technology Regulator (OGTR) and Food Standards Australia New Zealand (FSANZ) which assesses and have cleared GM foods and crops like GM canola that are already grown successfully in other states like WA, NSW and Victoria and cotton in Queensland and NSW over several decades, for their effect on health, safety and the environment.

It’s understood the new SA Liberal government and incoming Agriculture Minister, post the review, could sign an exemption to the GM crop moratorium allowing commercial scale production, as was the case by the incoming WA government in 2008, after initially allowing large scale field trials over a season.

A report handed down by the Productivity Commission in March last year into agricultural red tape found there was no economic or health and safety justification for banning approved GM organisms, citing the role of the OGTR and FSANZ in assessing product safety.

“Scientific evidence indicates that GM organisms and foods approved by the OGTR and FSANZ are no less safe than their non-GM counterparts,” it said.

“The successful coexistence of GM and non-GM crops is possible and has been demonstrated both in Australia and overseas.

“This means that if there are any market access or trade benefits - including price premiums for non-GM products - they would be achieved regardless of whether GM crops are in the market.

“All state and territory governments should also repeal the legislation that imposes or gives them powers to impose moratoria on genetically modified organisms by 2018.”

Federal Labor already has a policy in support of growing GM crops.

South Australian federal Liberal MP and Chair of the Coalition’s Agricultural Backbench Policy Committee Tony Pasin agreed the time was right to move forward on the GM crop issue in his home state.

“We’ve undertaken to embark on a review of that decision and I’ll certainly be encouraging, whoever the minister is for primary industries in South Australia, to consider lifting the moratorium and doing it quickly,” he said.

“They’ve committed to a review and I’m hopeful that the review will highlight the advantages economically and environmentally of lifting that moratorium.” 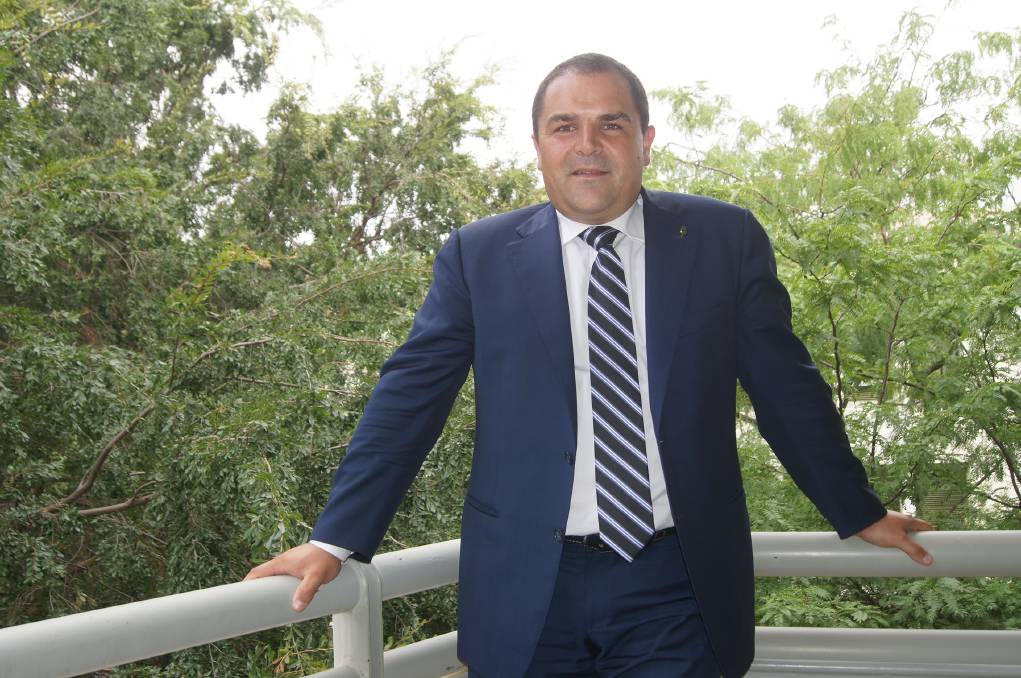 Mr Pasin said the vote of activist parties like the Greens which had misrepresented science and economic data to help extend the GM ban and had campaigned in similar style on other farming issues, took a hit at the weekend’s poll.

He said there was a “retraction in the Green vote” which was a “great result” given they were “increasingly an activist party”.

“Some of that activism is around animal welfare and attacking the right for farmers to farm,” he said.

“On balance, South Australians voted for a practical and balanced approach to farming and the right to farm.”

GPSA also commissioned analysis of price premiums under the South Australian GM moratorium with the Agricultural Biotechnology Council of Australia (ABCA) which showed the ban did not deliver price premiums to any farmer in the state and if repealed, would not cause any loss to non-GM farmers.

The report said that for 63 per cent of the state’s farm commodities, valued at about $4 billion, thorough analysis showed there was no advantage to the GM ban.

“It is our opinion, supported by economic analysis, that the moratorium in South Australia has not led to enhanced premiums over comparable markets to farmers producing the following commodities: wheat, barley, canola, wine grapes, wool, cattle, sheep and lamb,” the executive summary said.

“There is a slight premium for pork prices in South Australia, however it is not possible to determine whether this is due to the moratorium.

“Our analysis demonstrates that the GM moratorium removes the option of utilising innovative agronomic tools, licenced by the Gene Technology Regulator as safe, with little in the way of trade and marketing benefit to the majority of agricultural producers in South Australia.

“We have found no evidence to suggest that the repeal of the moratorium, and the introduction of GM canola, would lead to any reduction in comparable prices to South Australian farmers.

“The thorough pricing analysis in this report, outlined that the GM moratorium has not resulted in substantive premiums, or a trade and marketing advantage for the majority of primary producers in South Australia.”

The report also said co-existence between non-GM and GM canola in Australia “can be considered effective”.

“At present there have been few, if any, issues relating to seed incursions between crops, and with modern bulk handling systems segregation of stocks has been effective,” it said.

“There are concerns from organic certified businesses, relating to issues around the unintended presence of GM material on their land or in their products.

“This concern is often used to justify the continued GM moratorium in South Australia.

“It is important to note however, that within Australia there are a considerable number of states that hold high levels of organic certifications, co-existing with GM cultivation.

“At present, Queensland, NSW and Victoria, all have a higher number of organic certifications than South Australia, and all permit the commercial cultivation of GM crops.

“It is possible to extrapolate on this basis that the cultivation of GM crops in South Australia could operate effectively alongside the organic food production industry, as is the case in other states.”

The story GM crops ‘kicked around like a political football’ in SA no more first appeared on Farm Online.