PRICES followed the general market trend and were cheaper than pre-Christmas returns at the Mount Gambier store sale on Friday. 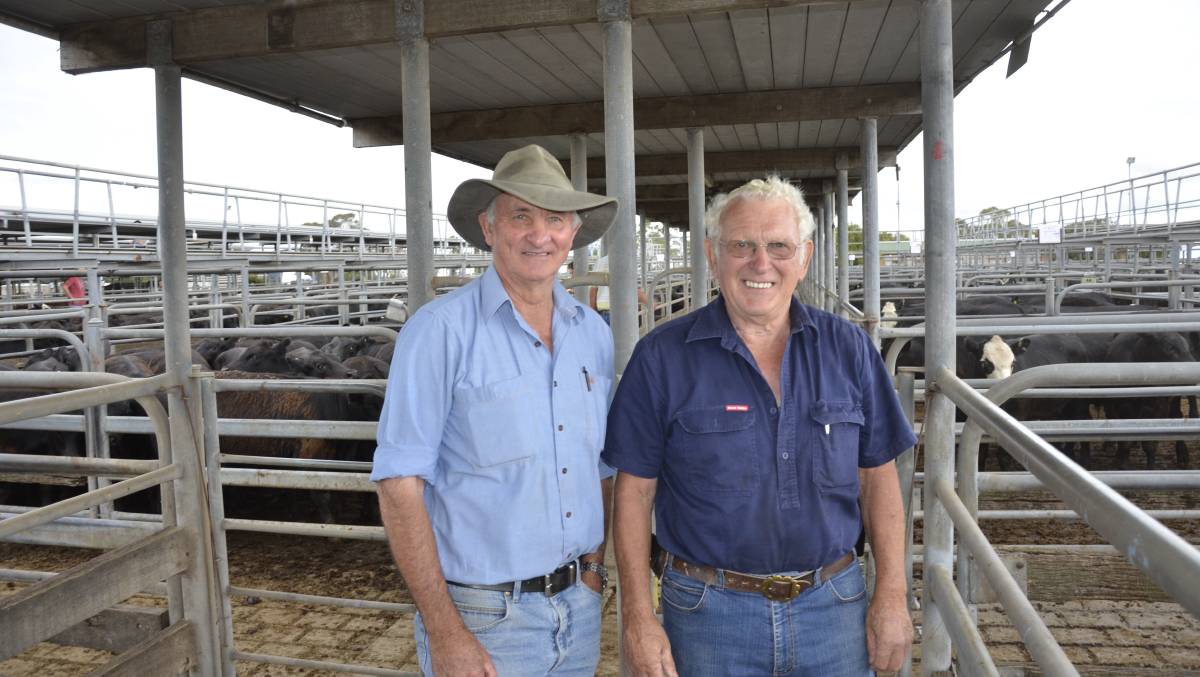 PRICES followed the general market trend and were cheaper than pre-Christmas returns at the Mount Gambier store sale on Friday.

While the yarding did not reach the massive level of what was offered pre-Christmas, there were still good numbers with 2859 head in.

Ray White Keatley agent Dale Keatley said there was not as much feeder demand as the previous month.

“I thought the sale was slightly cheaper than the previous month,” he said.

“But considering there’s been a lot of cattle sold in the last couple of weeks, I thought the result was still very satisfactory.”

The top price for steers was made by the opening pen, which was nine Pathfinder-blood Angus weighing 522 kilograms from Roxley Park, Penola, sold for $1380 or $2.64/kg to Miller Whan & John.

The only other pen of black cattle weighing more than 450kg that was offered were 10 Murray Grey-Angus steers, 457kg, from GI&BJ Douglas, Lake Mundi, Vic, which sold for $1170 or $2.56/kg to Princess Royal.

The same vendor who topped the steer section also made the joint highest price for heifers.

Returns from pregnancy-tested in-calf females were up.

The top price was paid for some outstanding PTIC cows offered by Lakala Pastoral, Mumbannar, Victoria, which had been mated to Te Mania bulls.

Prices for cows with calvs at-foot were much lower than December, when they topped at $2600.

Dingley Dell sold a Limousin cow with CAF for $1600.