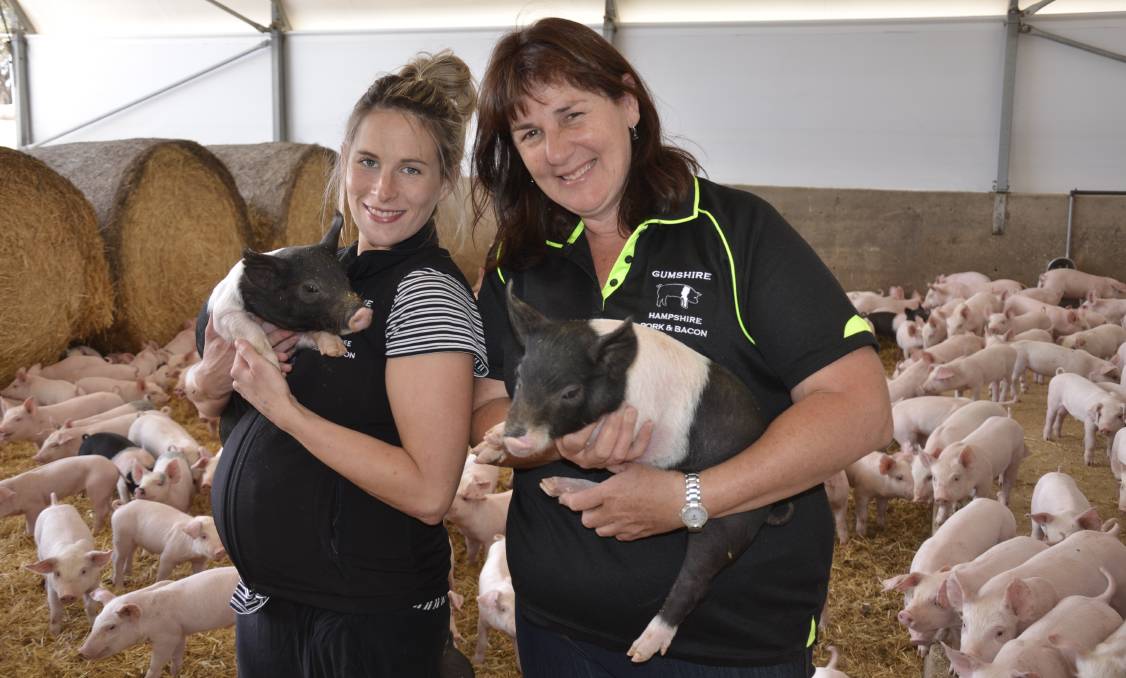 VALUE-ADDING: Gumshire Hampshires' Amy and Margaret Blenkiron with two of their Hampshire piglets.

WHEN thinking of heritage pig breeds, Berkshires are often the first to spring to mind.

WHEN thinking of heritage pig breeds, Berkshires are often the first to spring to mind.

Berkshires often fill in niche markets with their flavour different to the commercially run Large White, Landrace and Duroc breeds.

But Keyneton farming family the Blenkirons have a point of difference.

While they run the three commercial breeds as part of their Gumshire stud and commercial piggery, the family has found a niche market with their Hampshires.

A Hampshire is easily identified by its black colouring and white belt around its body.

The breed originated in southern Scotland and northern England.

Gumshire has been running Hampshires for more than a decade.

Michael and Margaret Blenkiron set up the business, and work alongside their son Shaun and his wife Amy. 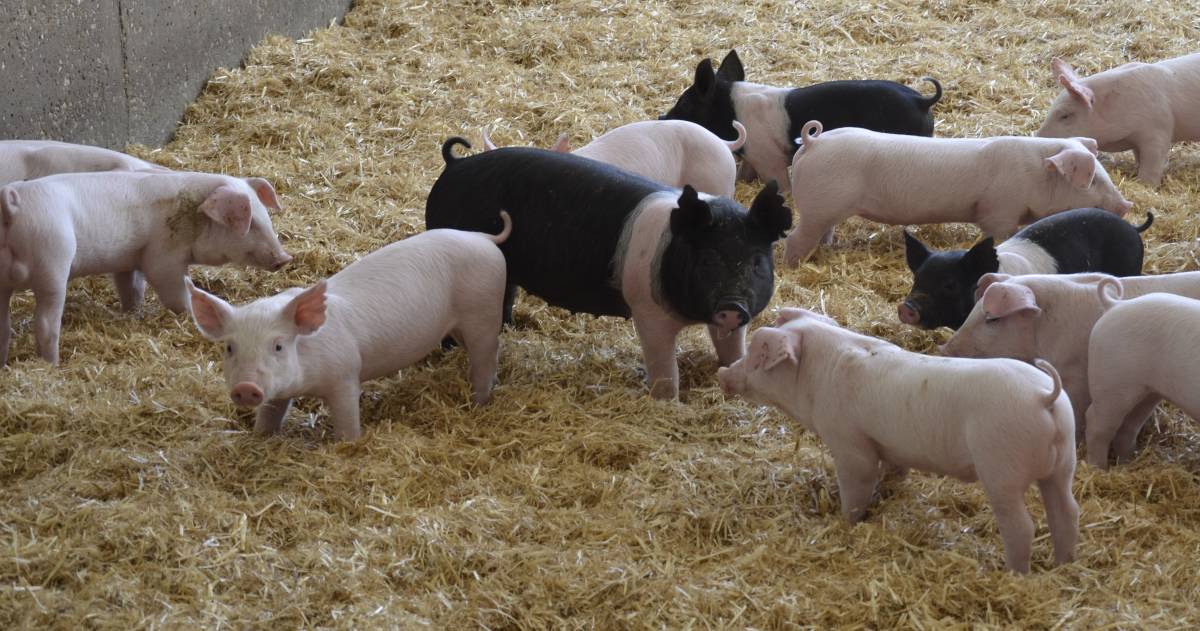 Amy and Margaret are the faces of the family’s Gumshire Hampshire brand, attending the Barossa Farmers Market at Angaston each Saturday with their products.

Being attendees at the market was the impetus for setting up the brand.

“We used to have our pork processed just for ourselves and our friends,” Margaret said.

“It was suggested we should have our pork at the farmers market and we decided it was a good way to value-add to the farm, since we were already doing the breeding side.”

Amy said the Hampshires were a good fit for value-adding, as they offered a point of difference to Large White and Landrace pigs.

“They have better fat cover than the white breeds, and more marbling,” she said.

“We think they just taste better as well.”

“Our biggest seller is sliced leg ham, it sells out regularly,” Amy said.

Last year was the first year Gumshire sold whole leg hams at Christmas time, and they have proven popular.

GUMSHIRE Hampshire's Amy Blenkiron says she is regularly asked whether the enterprise is free-range and what conditions the pigs are run under at the Barossa Farmers Market, where the Blenkiron family sell their branded pork products (pictured left).

The business cannot be free-range, as it is located in the middle of the River Murray catchment zone, so regulations do not allow for this type of enterprise.

But, keeping their pigs under the best welfare standards is front of-mind for the business.

Margaret Blenkiron said even the way the pigs were processed was designed to minimise stress.

“The abattoir we use is Menzel’s Meats at Kapunda,” she said.

“The pigs are generally loaded up Tuesday morning.

“Kapunda is only half an hour away from the farm and the pigs are processed virtually straight off the truck.” The Barossa Farmers Market is the main selling avenue for Gumshire Hampshire at the moment.

“But one of our big goals with the business is to get more into the restaurant trade,” Margaret said.

Shaun Blenkiron said while the piggery only had about 20 Hampshire sows at the moment, he would be keen to expand numbers.

“The problem with the Hampshire is there’s only limited genetics in Australia,” he said.

“We sourced our Hampshires originally from NSW years ago.

“While the Hampshires are slower growing than the commercial breeds, they’re not hugely slower, so once you cross them, they can keep up with the weight gains of the other breeds.”