IN one of the largest yardings in months, heifers sold easier but steers held firm at the Mount Gambier store sale on Friday. 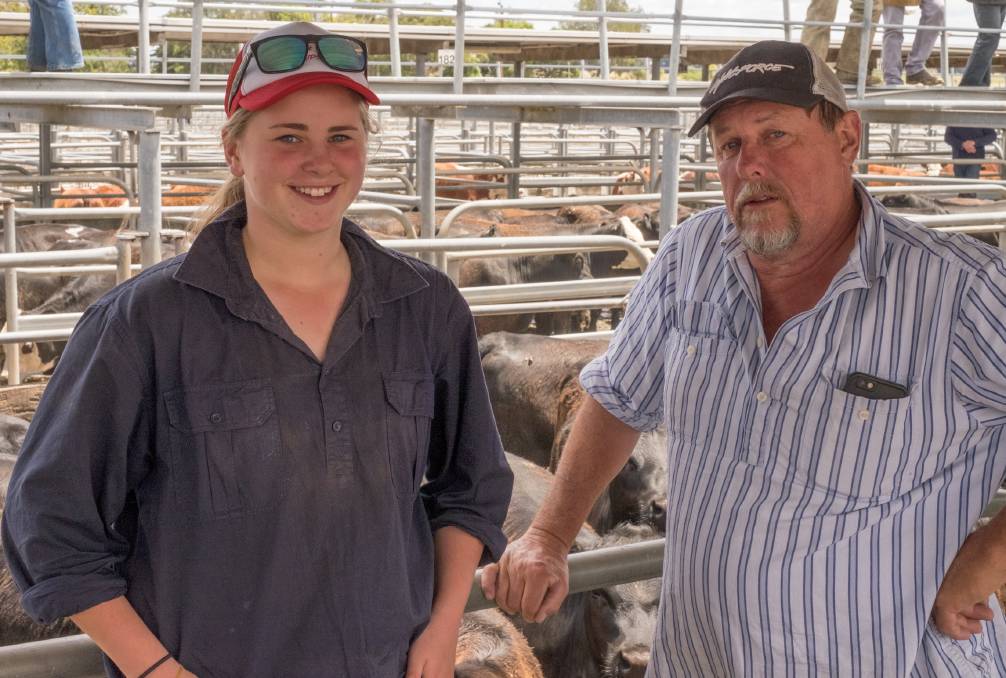 IN one of the largest yardings in months, heifers sold easier but steers held firm at the Mount Gambier store sale on Friday.

Kinkella Pastoral, Mumbannar, offered their annual draft of weaners, selling 125 Waterfront and Wittalocka-bld EU-accredited Angus and black baldy steers, with the top draft of 46, 349-389kg sold to Prince Royal at $1260 or $3.24/kg.

A minimal yarding of 37 cows with calves at foot were offered.

There were 109 pregnancy-tested in-calf females were sold, including seven PTIC Angus heifers sold by Ashlane, Mount Gambier at $2200 to Pinkerton Palm Hamlyn & Steen, with a second draft of 14 sold to Miller Whan & John at $1880.

Murwillumbah, Casterton, Vic sold 13, 2.5yo Murray Grey/Friesian heifers, PTIC to Angus bulls, at $2250 to O’Connor & Graney who also bought the second draft at $2100.