Despite a challenging season, it was a great result at the Yanta ram sale at Tumby Bay. 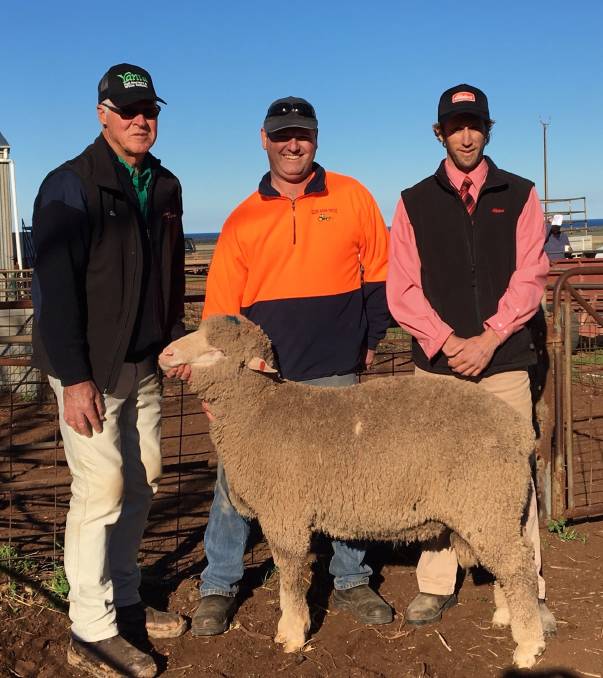 YANTA stud achieved a near total clearance during its ram sale at Tumby Bay recently, with 101 of the 102 White Suffolk and Poll Merinos offered sold and both increasing in average.

Yanta stud principal Don Baillie said it was a difficult season to prepare the rams; one of the worst he had experienced in his 50 years of farming.

Although a little lighter than average in weight due to the conditions, he was pleased with the offering’s overall appearance.

All the White Suffolks sold, with many having Carcase Plus Index figures of more than 200 and high post-weaning weight and PW eye muscle depth.

The top price Poll Merino sold for $3100 to Anthony and Mathew Carr, Lipson, who bought four rams in total.

The sale was conducted by Elders, with auctioneer Tony Wetherall, who said “a good, even and well-presented lineup of Poll Merino and White Suffolk rams were offered with strong competition throughout the sale”.

“The depth of quality of both breeds is a reflection of the proven genetics that Yanta introduce into their stud every year in pursuit of breeding high performance rams for their commercial clients,” he said.