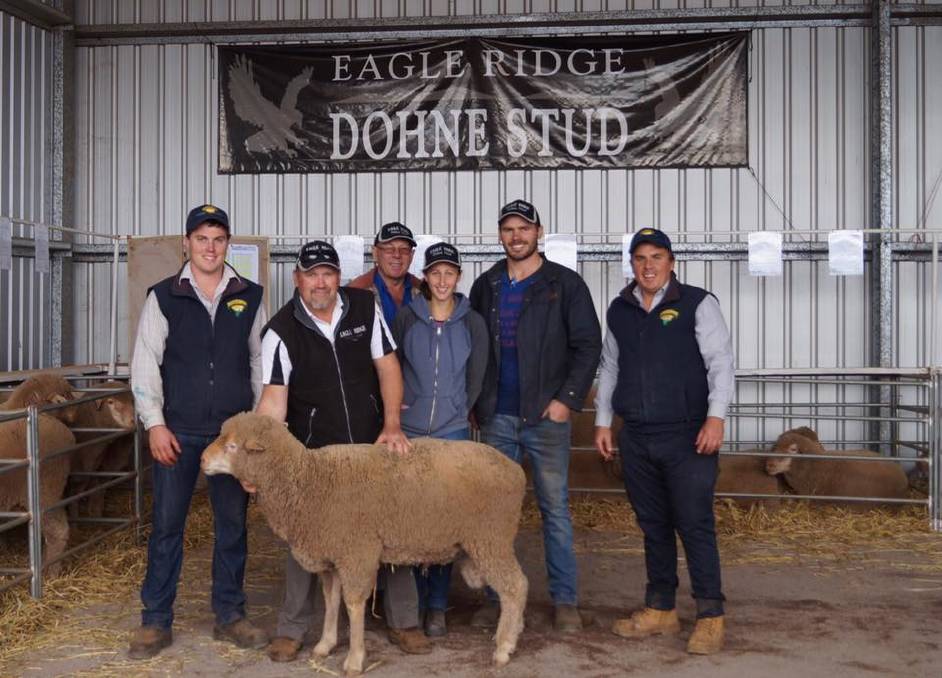 EAGLE Ridge Dohne stud at Cowell had a great result at their on-property sale on Wednesday last week, with full clearance of 41 rams.

EAGLE Ridge Dohne stud at Cowell had a great result at their on-property sale on Wednesday last week, with full clearance of 41 rams.

A major volume buyer was another return client - FT Nosworthy, Streaky Bay, who bought six rams to a top of $2100.

All up, the sale attracted 18 registered bidders from across the Eyre Peninsula.

Principal Paul Webb said he was over the moon at the sale results.

Mr Webb said he was focused on producing a very even line-up of sires with great dual-purpose traits.

The sale was conducted by EP Livestock and Real Estate, with Ben Dickenson auctioneering.