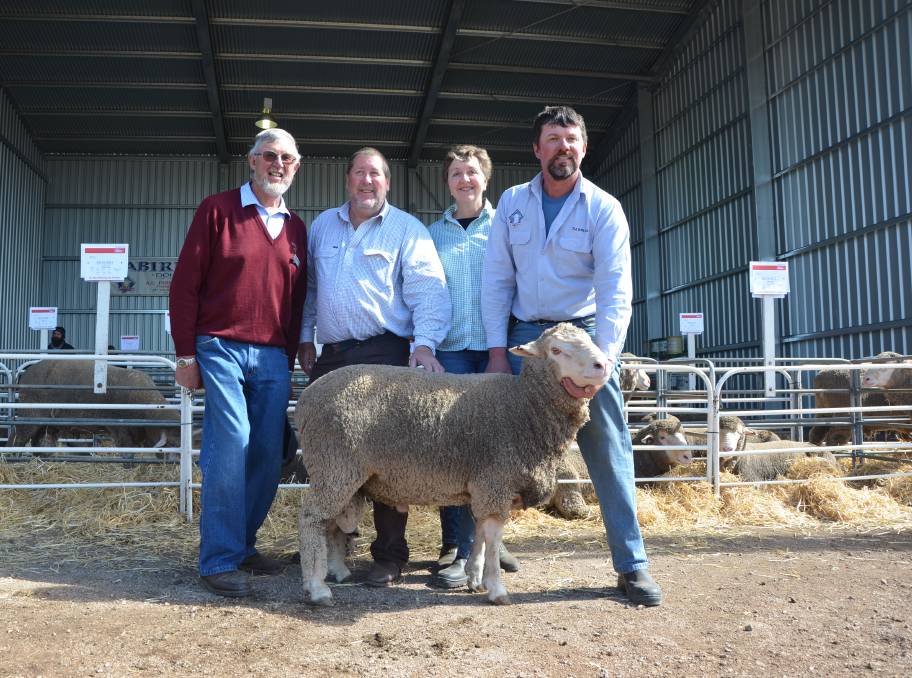 It was a 15-month-old Dohne ram that fetched the $3800 sale top price and was sold to repeat buyers Greg and Liz Hall, Ulooloo Dohne Merino stud, Hallett.

The 103-kilogram ram's fleece measured 18.7 micron, 15.0 coefficient of variation and 99.9 comfort factor and its Australian Sheep Breeding Values rated it a 5.8 on post weaning weight and 9.1 on clean fleece weight.

Mr Hall first introduced Babirra bloodlines into his stud three years ago and said the top price ram was bought to maintain the deep barreled and well nourished wool traits.

“Its genetics go back to Chirniminup and that is why we were very interested in him, and we wanted to source a longer staple because we are going to a 6-month shear,” Mr Hall said.

“We look for early development and its eye muscle figures were impressive,” he said.

“In our stud we try to be in the top 10 per cent for post weaning weight so we were really chasing those figures at the sale.”

The ram will be put in with 60 selected stud ewes in late October.

“The industry has changed, we are required to breed quality sheep with a solid carcase, with wool traits to match and that can suit any environment,” he said.

“The buyers were attracted to the average surface on the rams and how our sheep have proved to withstand the harsh autumn and wet winter conditions.”

The Bright’s returned after almost a 20 year absence at the stud’s sale but returned to inject a boost of Moorundie Park genetics into his 15,000 head Merino ewe base.

“We bought from Babirra a long time ago but we knew could return this year and source a good solid-bodied ram with fast-growth traits,” Mr Bright said.

“We like a lower micron wool too and our flock average is at 21 micron,” he said. 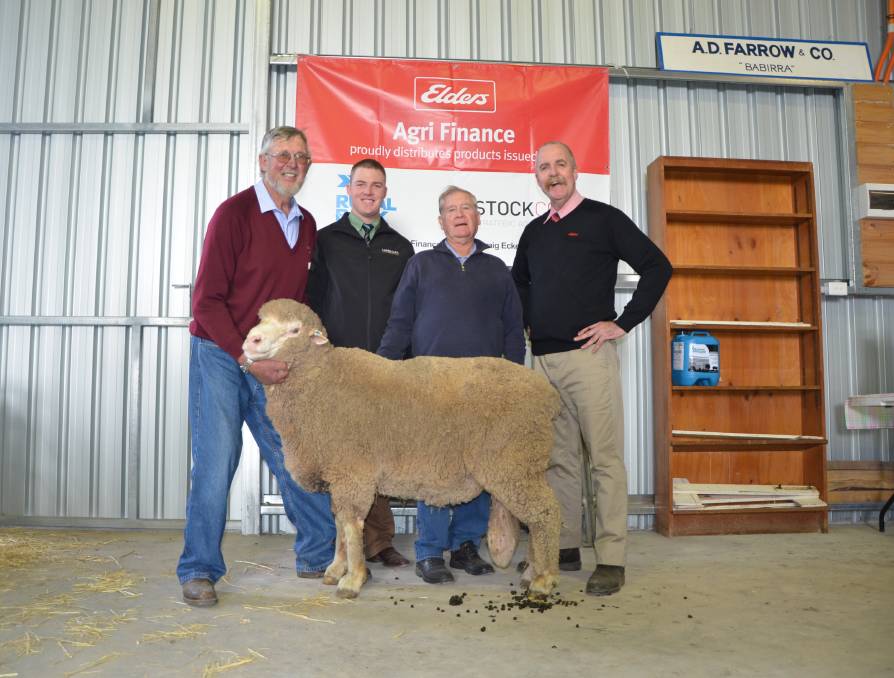 The top price ram’s sire was a brother to the sire of a Moorundie Park ram that sold for $53,000 at the 2014 Royal Adelaide Show.