STEERS made to $1560 at the monthly Mount Gambier store sale on Friday. 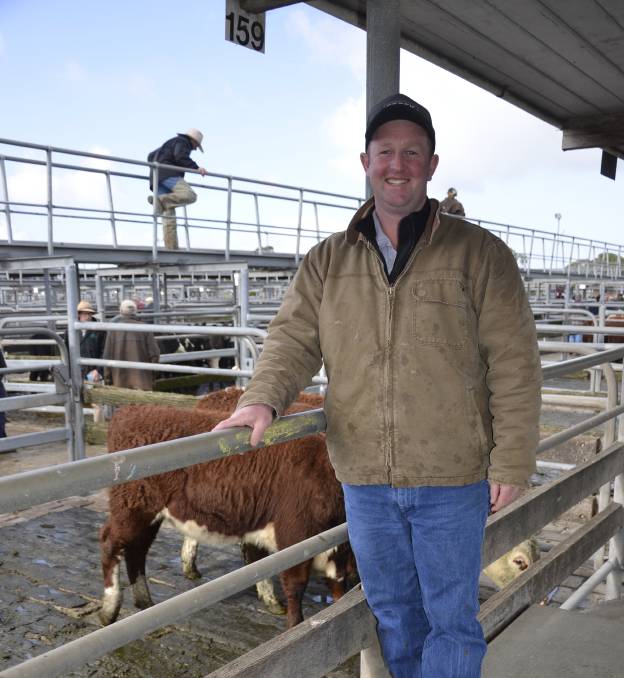 STEERS made to $1560 at the monthly Mount Gambier store sale on Friday.

Creek Livestock agent Scott Creek said steers and heifers made similar money to the previous month’s sale, while cows and calves were back by about $150.

The tops of the Freisian steers was $800 for three from SP Tos, Mount Gambier. GAMBIER CREW: Hanging out on the rails at Mount Gambier were Robert Hill, Konrad Tos and Sonya Tos, all of Mount Gambier.

Making the second highest price for heifers was Robyn McFee, with four Angus-crosses, 410kg, that made $1100 or $2.68/kg and sold to Thomas Foods International. 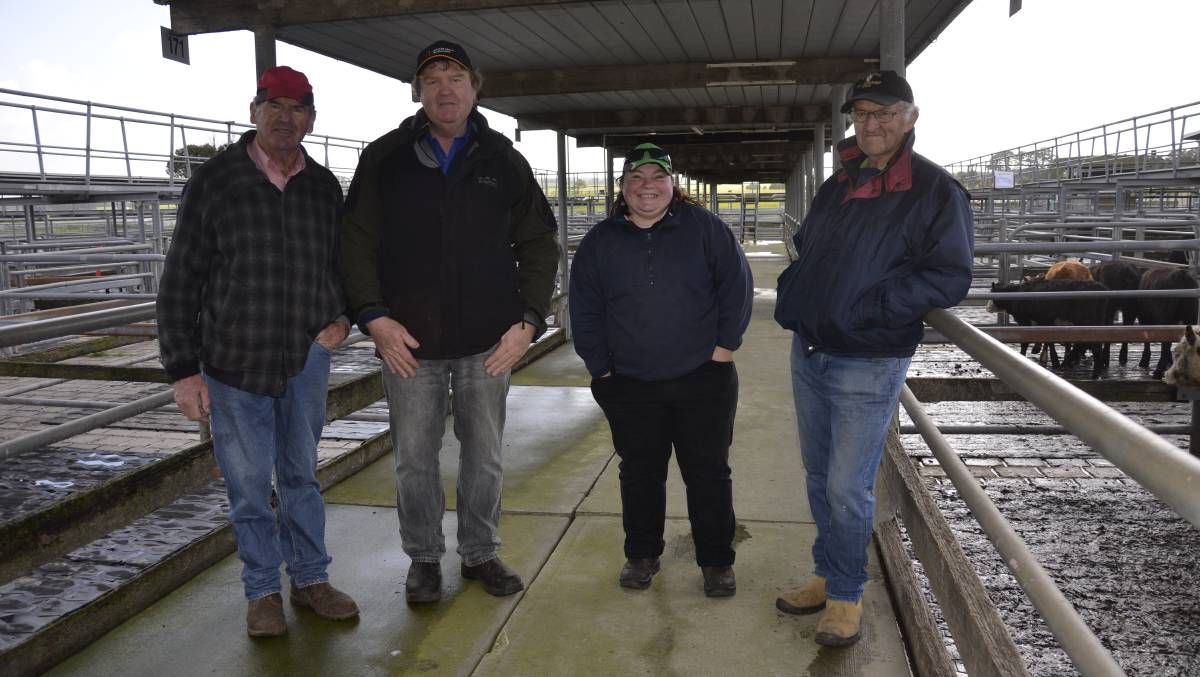 There was only one pen of pregnancy-tested in-calf heifers offered from Forster Farming, which were eight to 12-months pregnant, and sold for $970. The same vendor also sold 23 Angus heifers, 12-14mo, for $950.

Angus cows with Angus-Limousin calves at-foot made the highest price for females at the Mount Gambier store sale.

Kylissa offered 19 Angus cows that had 20 of their fourth CAF, which made $2500 and sold to Green Triangle Livestock. The cows had been running back to an Angus-Limousin bull.

P Zukauskas offered 10 Angus cows, which had been running back with a Hereford bull, and with 10 of their fourth and fifth Angus CAF, which made $2040 and sold to Miller, Whan & John.

Dingley Dell offered six cows, which had been running back with a Limousin bull, with their six of their second CAF, that made $1900 and sold to Southern Australian Livestock. The same vendor also sold a further six cows with six CAF for $1800 to Elders Mount Gambier.

C&D Rigby sold eight Angus cows, which had been running back to an Angus bull, with eight CAF for $1660.

Northfield sold two black baldy cows with two CAF for $1320 and AC&LB Schutz sold one Murray Grey cow with a CAF for $1070.