Upper South East woolgrowers – Woidt Family Farms – have been recognised as the state’s best in Elders’ Supreme Clip of the Year Awards for their well-bred, stylish wool.

Upper South East woolgrowers – Woidt Family Farms –  have been recognised as the state’s best in Elders’  Supreme Clip of the Year Awards for their well-bred, stylish wool.

Gerald and Margaret, Kingsley and Tracey, and Chris and Alison Woidt, Coomandook, were the August monthly winner, scoring 93 out of a possible 100 points for their G&MW branded bales. 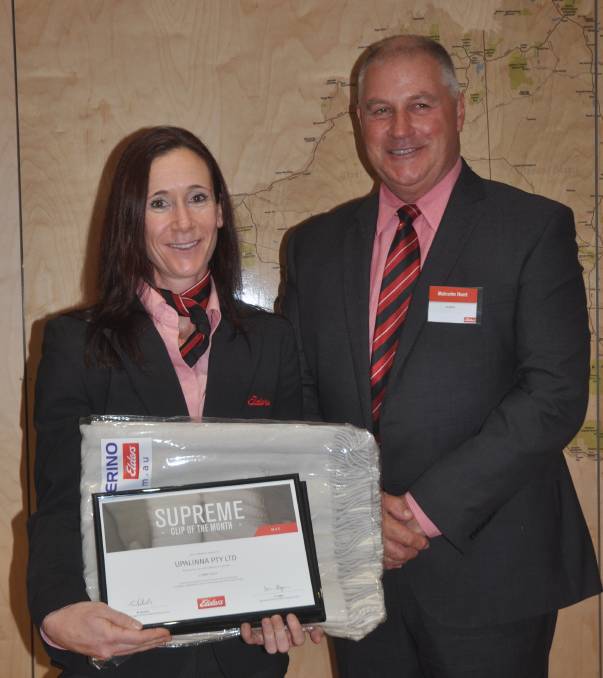 Elders Clip of the Sale awards recognise those clips which stand out to the buying trade. The Woidt’s wool, which was shorn in early August, from their three-year-old ewes,  was the first consignment of about 300 bales sold in their annual clip.

It measured well with a high tensile strength of 43.6 Newtons per kilotex and a mid point break of 63 per cent.

“There are a lot of good wools and good studs breeding good wools,” he said.

“In 2015 it was a dry year so there was not much seed and burr and then we had a good start to 2016 so the wool did not have a lot of vegetable matter and it was high yielding.”

The Woidts have been using Ridgway Advance bloodlines for more than a decade.

“Quite a few years breeding have gone into our flock and the Ridgway Advance rams are giving us long stapled, free growing wools with good crimp definition,” he said.

“We are also getting higher yields with less grease.”