SPECIFIC research and a united industry voice have been named as two factors to help drive the development of Australia’s camel milk industry. 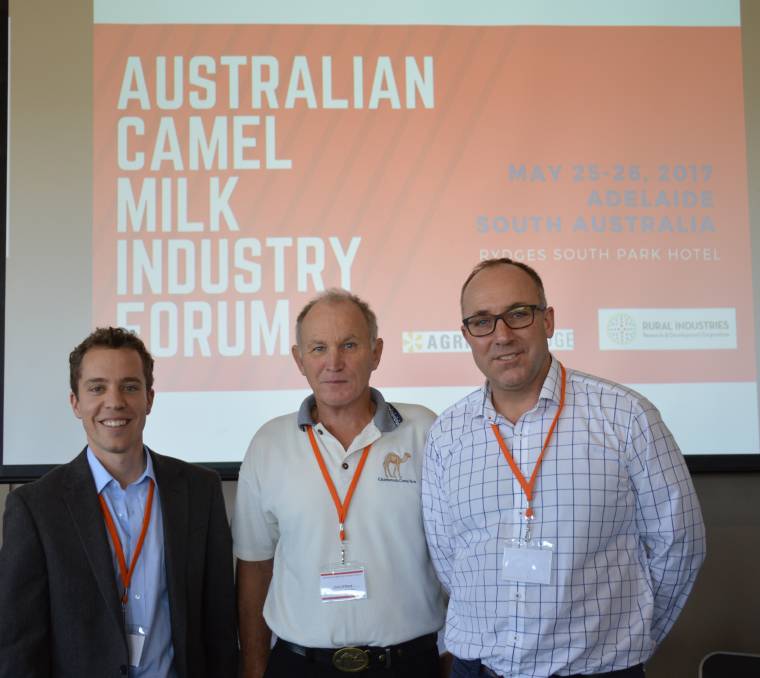 SPECIFIC research and a united industry voice have been named as two factors to help drive the development of Australia’s camel milk industry.

Representatives of the sector were in Adelaide late last week for the Australian Camel Milk Industry Forum, aimed at devising a pathway forward.

He said talk of camel milk as “white gold” created a “gold rush” as reports of $25 a litre returns had many new faces enter the industry, before prices settled at $20/L.

“We proved the concept that camel milk could be brought to the marketplace,” he said. “What’s missing from the industry, in its burgeoning stages, is research in the Australian environment to prove the benefits of camel milk.”

Camel milk has been touted as having health benefits.

Mr O’Hara said as a new industry, there were a few hurdles to negotiate.

“Feed, production equipment, chemicals, legislation – even our facility design, we can’t just buy off the shelf,” he said. “Vet knowledge, transport – all the things that support an industry all need to be developed on multiple levels.”

The forum was instigated by the Rural Industries Research and Development Corporation. RIRDC program manager Duncan Farquhar said they had set three priorities as part of a 10-year plan, including training staff in working with camels, improved breeding and nutrition.

University of Qld animal nutrition and gut microbiology senior lecturer Rafat Al Jassim said there was little information available in Australia about managing camels, including nutritional requirements and how the animal would respond to certain feeds.

“We need a good set of data derived from well-designed set of experiments that are reliable,” he said.