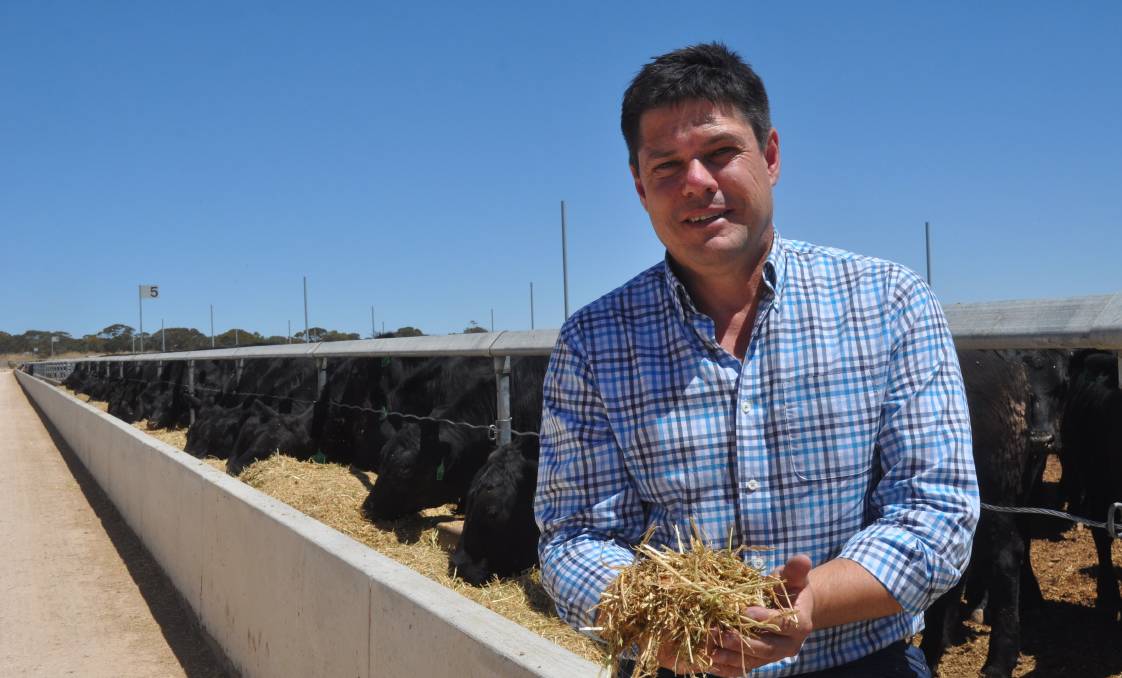 RAPID GAIN: Iranda Beef managing director Paul Vogt says the feedlot has nearly tripled in capacity and will turn off about 50,000 head annually.

In the past 2.5 years, the Vogt family and Thomas Foods International have nearly tripled the capacity of the Tintinara feedlot, easily making it the largest in the state.

The Iranda Beef facility is licensed for 15,000 standard cattle units (about 17,000 head), and even with high beef prices and cattle in short supply, it is nearing capacity at 15,500 animals.

The Vogts have more than 20 years’ feedlotting experience, and the joint venture guarantees TFI supply of high quality cattle to its Murray Bridge abattoir.

The recently-completed project has included excavating more than 300,000 cubic metres of dirt for the pens and massive infrastructure investment.

This has included expanding the feed mill with two 500-tonne storage silos and two 70t tempering silos for steam-rolled grain.

Many tonnes of steel have gone into feedlot pens, a new induction shed and yards and a new double load out ramp all aimed at ensuring efficient stock movement in a low-stress manner.

Iranda Beef managing director Paul Vogt says it has been an exciting time, seeing the state-of-the-art facility come to fruition and taking it to the “forefront of efficiency and safety”.

“It is about having the latest technology which will drive efficiency and consistency,” he said.

“It is those little one per centers that add up to a big difference at the end of the day when you are looking across big numbers.”

Iranda began as a small opportunity feedlot in the early 1990s, with Paul’s father Graham turning off 20 to 25 head a week.

They had a choice to make – improve or get out.

“It was at the time the Environment Protection Authority rules were changing so we knew we had to make some changes,” Paul said.

Signing the joint venture in mid-2014 fast-tracked the process, going to 6000hd in the first six months.

“The feedlot has expanded significantly in the past two years and we feel it is really hitting its straps,” Mr Bond said.

“As well as consistency of supply, the joint venture also delivers significant benefits in terms of quality control.

“We are pleased with its operation and there is also potential to further increase capacity in the future should the need arise.”