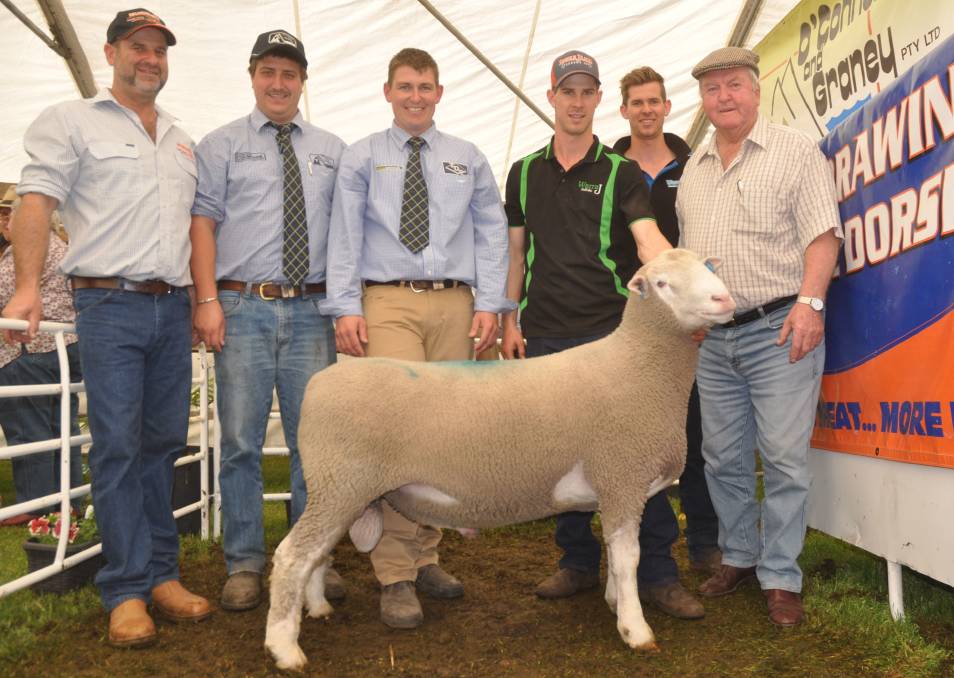 In the stud’s second best sale, principals David and Alison Galpin notched up a total clearance of 140 well-presented, high performance rams for a $1238 average.

Buyers were brimming with confidence with lamb prices tipped to remain above $5 a kilogram for the remainder of 2016 and the return to a traditional wet spring in the South East.

Just three rams in the first 80 lots sold for less than $1000, although there were 22 rams throughout the sale which dropped below this mark, ensuring all budgets were catered for.

Kushoon, Mingbool, dominated the Border Leicester bidding, taking home nine of the 12 rams, including the two $1100 top price rams, which were sons of Jackson 13-072.

In the Suffolk offering, the major buyer was Hillgums, Penola, with six rams averaging $1017.

Mr Galpin said the strong sale was a reflection of the strength of the lamb market.

“Our clients are getting rewarded for their lambs so it is great to see them paying good money for their rams,” he said.

Mr Galpin said having plenty of grass for the first time in several springs had enabled them to present the rams in more forward condition. The offering also had more length of body.

“Seven per cent of lambs killed have a 14th rib so we are trying to source genetics with this extra rib and breed it into them,” he said.

“The loin is where the money is with high value cuts, so the benefits flow to the whole industry.”

Mr Galpin said his sons’ studs were still in the infancy stage, building their clientele, but had made further in-roads in the sale.

“They are supplying our Dorset clients with their other needs,” he said. “Most of the Suffolks are run with maidens and a lot of guys are looking at the cost of buying first-cross ewes and deciding to breed a few of their own.”

Thomas DeGaris & Clarkson director Darren Maney said to offer and sell 170 rams was “a good sale on any day”.

“It was a very well supported sale and it was very noticeable the number of familiar faces who are there each year,” he said.

TDC Penola and O’Connor & Graney, Mount Gambier, were the joint selling agents, with Matt Treglown and Ethan Bronca the auctioneers.