SA will host its first Merino sire evaluation trial in an effort to benchmark the performance of the state’s modern Merino sires. 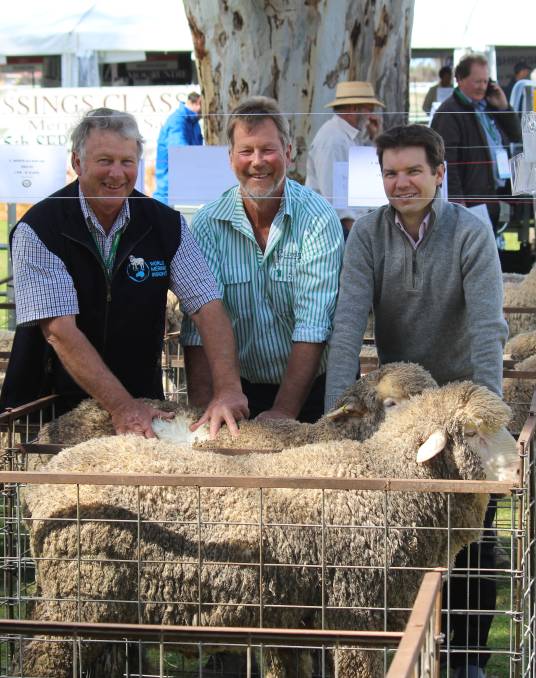 SA will host its first Merino sire evaluation trial in an effort to benchmark the performance of the state’s modern Merino sires.

The move is a key initiative in the SA Sheep Industry Blueprint, and was announced by blueprint manager Stephen Lee during the Classings Classic Merino ram sale at Murray Bridge, which was held in conjunction with the Global Merino Insight conference.

The trial, which is supported by Merino SA, will record the progeny performance of 14 SA-bred sires and two link sires from other neighbouring state trials, for fleece traits, production and carcase traits.

“One thing that sets our site apart from other sites in Australia is that we are looking to harvest some of the lambs (close to yearling age) to look at carcase parameters – including carcase yield and eating quality – in addition to the standard testing of Australian Sheep Breeding Values,” Mr Lee said.

“If we are able to identify sires that will increase the profits of the SA Merino industry and show stud breeders where their genetics perform in relation to other flocks would be excellent.

“We are looking to select promising young rams that will be the next generation of profit making sires.”

The Keynes family, Lorelmo Keyneton Station, in the eastern Mount Lofty Ranges, will host the first trial, which runs from January 2017 to June 2019, and nominated 1000 ewes to be joined to the inaugural trial’s 16 selected sires.

Joe Keynes said valuable feedback from a sire evaluation in New England, NSW, which the family’s Lorelmo stud participated in, was behind their support for the SA sire trial.

“It’ll be good to prove the production benefits of the SA dual-purpose Merino and indicate the sires the industry should select for during these times of good meat and wool prices,” he said.

“The trial will prove the value of performance data.”

Mr Keynes anticipates the trial will use electronic identification for ewes and DNA testing of sires, as well as emerging technologies to assess meat characteristics.​