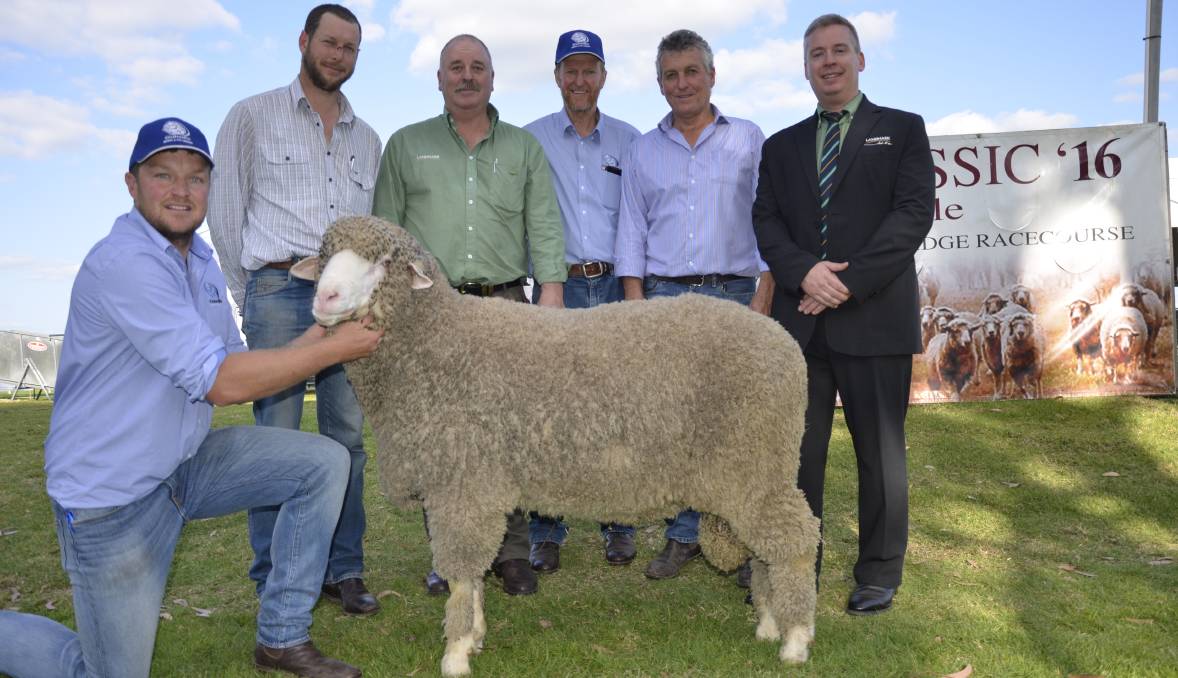 The 19.1-micron ram, Gunallo 702, was offered by Ray, Judy and Brad Schroeder and kicked the multi-vendor sale off with a bang.

“It carries a bold crimping wool, which I think the industry needs, that tests well,” Brad Schroeder said.

“It has that bit of nourishment that can handle most weather conditions."

“It has got Gunallo’s smart wool and a big carcase to match – I can’t fault it,” said Mr Croft, who will use the ram in a nucleus to breed rams for his 6000 commercial ewe flock at Hatfield Station near Balranald, NSW.

The number of rams swelled for the 2016 sale, with eight studs making their debut as vendors.

This year’s sale coincided with the opening day of the World Merino Insight, which attracted Merino enthusiasts from across the world and showcased the best genetics on offer. There was a great atmosphere inside the marquee and 112 registered bidders ensured a credible $4490 average. 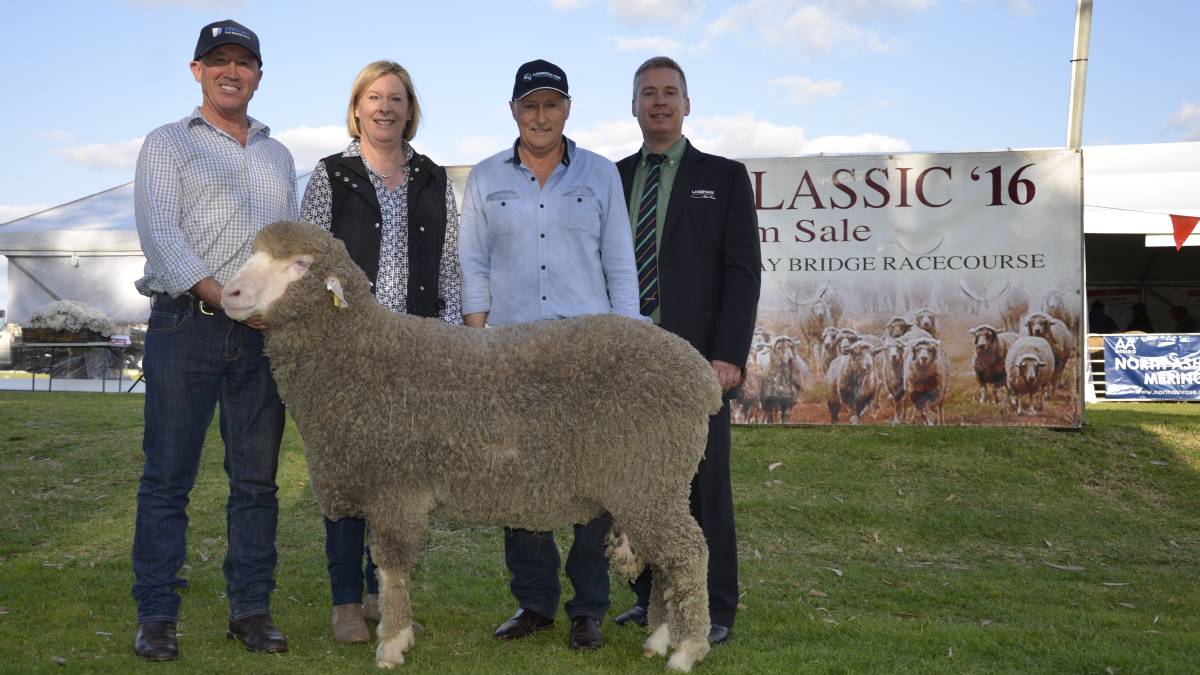 “It has great density wool, even though it is a free growing ram, with an exceptionally long, plain body,” Ric said.

“It is a complete package and we have been following the ram’s families for a number of years,” Bert said.

Just one bid behind was a $14,000 ram from David, Karen and Devon Ridgway’s Ridgway Advance stud, Bordertown – a heavy cutting son of RA 080.

Brenton and Jane Smith, Calcookara stud, Cowell, were among the volume buyers with three rams to $11,000. Coreena stud, Barcaldine, Qld, also bought three, including one at $13,000.

“Without question they were chasing ASBVs that suit their requirements improving their own flock and on top of that structure and the ability to cut wool,” he said.

“Filling bales and selling lambs is where the business is at.”

“Classings is recognised as a source of top end genetics,” he said.