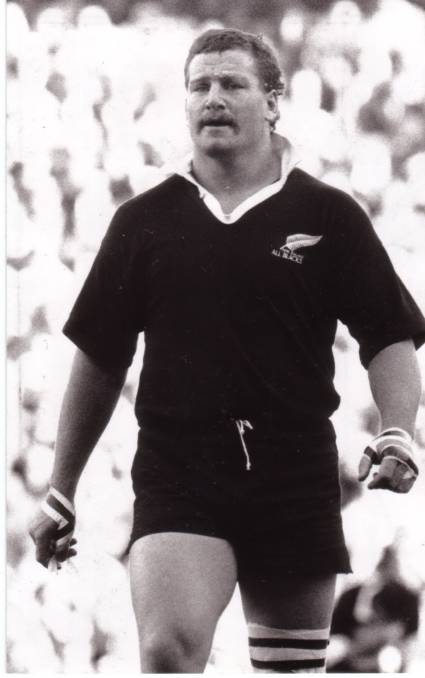 Living on a farm west of Christchurch, NZ, on the Canterbury Plains, Mr Loe says it’s important for farmers to keep themselves in “good nick”.

“It flows through into other parts of your life, mental and physical,” he said.

“As part of the daily grind, you need to be fit so you can think clearly. It’s the same with rugby, if you don’t look after yourself and keep your fitness up you can make costly mistakes.

Mr Loe, who is the ambassador of Worksafe NZ, said recent studies showed 60 per cent of injuries on-farm had been caused by livestock.

“Some of these are strains caused by lifting,” he said.

“One example is after lambing, you can be lifting and handling hundreds of lambs in a day for docking, if you haven’t done the preparation, and the fitness beforehand, that’s when injuries can occur.

“Your physical wellbeing is important, and going for something as simple as a regular walk or a bike ride can be a really important way to help you not only get through what you need to do on the farm but every day.

“Physical wellbeing ties into your mental health, you can do your best all the time as a farmer but you can’t control the climate.

“Physically though, you can prepare yourself so you can handle everyday tasks.

“Being able to go and do something else and relax once you knock off for the day is also very important.

“I’ve coached a lot of club rugby in the past and while this is the first year I haven’t coached it in a number of years, I’ve been enjoying being involved in other ways, through other commitments and sponsorship involvement. I also enjoy a ride my mountain bike when I get the chance.”

Mr Loe will talk about how the Merino industry has changed in his country in the past 10 to 15 years at the upcoming World Merino Insight conference in Adelaide.

Mr Loe was a stock and station agent before starting his international rugby career, aged 23.

His father Gordon was a farm manager and Mr Loe grew up north of Canterbury, learning to shear, before becoming an agent.

“I did own a block of land the whole way through my rugby career,” he said.

“But it was more of a lifestyle block in comparison to the 160-hectare farm I have today.”

Mr Loe runs a sheep stud of 300 ewes and finishes up to 100 trading cattle and deer, but said the past two years of dry weather had meant numbers had significantly reduced.

“Agriculture is a big part of life in NZ,” he said.

“I really enjoy being a part of it with the farm, and through my commitments as an ambassador with Worksafe NZ, promoting and advocating for safer industry practice.”

“There will be a great program of speakers, and I look forward to being a part of the conference,” he said.