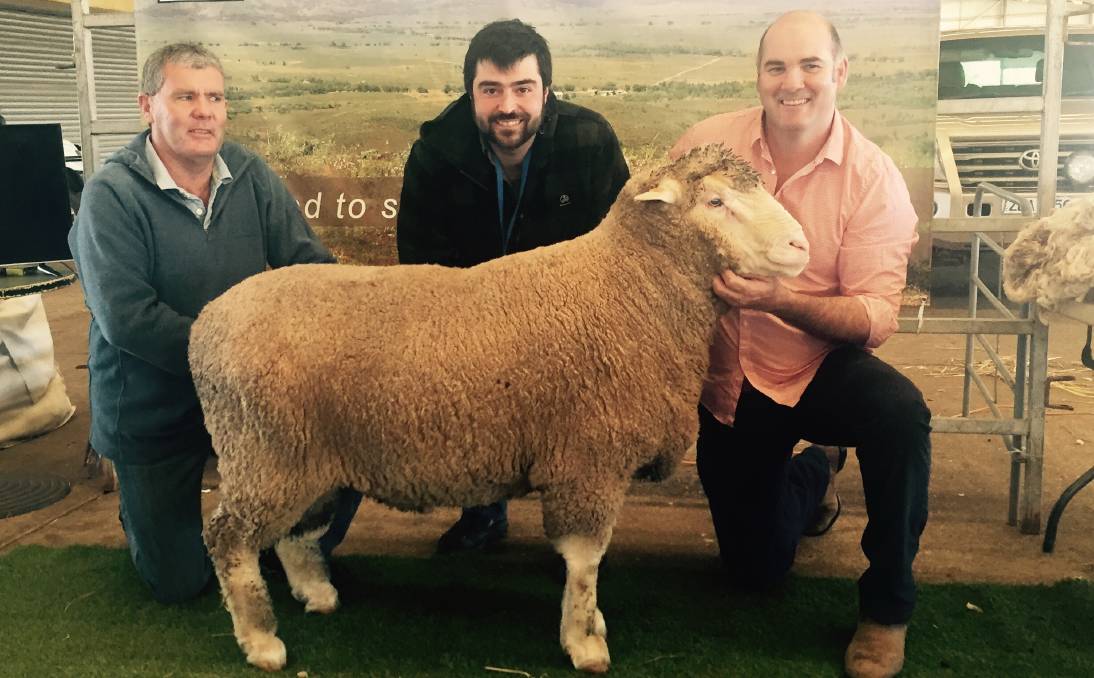 GENETICS from Hamilton Run stud, Jamestown, are bound for Chile after a three-year-old ram was sold at $20,000 during the inaugural Global Dohne Conference last week.

GENETICS from Hamilton Run stud, Jamestown, are bound for Chile after a three-year-old ram was sold at $20,000 during the inaugural Global Dohne Conference for Dubbo, NSW, last week.

Hamilton Run stud principals Greg Andrews and Nicole Luckraft made a private sale of March-shorn HR130004 to Jose M Gutierrez M from Chanarcillo stud in South America, after the ram turned plenty of heads at the conference.

It had a post weaning eye muscle depth of 0.3 millimetres and yearling clean fleece weight of 8kg.

“Their comments were they had never seen a Dohne ram with so much bone with a back end like a terminal sire,” Mr Andrews said.

“The biggest selling point was we are the only stud in Australia with a similar environment to their rangelands country.”

Mr Andrews said they were delighted by with the international sale.

“We put a lot of effort into buying the best genetics when we started nine years ago,” he said.

“We have been blown away by the feedback from the South Africans and South Americans – they loved our type of sheep.”

Mr Andrews said progeny of the $20,000 ram would be available at their on-property sale next month.

“It is breeding similar to itself with its progeny big framed, big boned with very safe bodies,” he said.

It has also passed its wool quality onto its ewe hoggets.

Hamilton Run also sold three rams to $5000 twice at the multi-vendor ram sale, held in conjunction with the conference in Dubbo, NSW.

Mr Coddington described the ram with a Dohne index of 130.6 as the best he had ever bred. It was a son of Roseville Park 140055.

“Its features are bold crimping wool, length of body, frame, structure and pedigree,’’ he said.

Second highest price was $10,000 paid for a ram from the Gullendah stud, Baldry, NSW.