THE increase in the dual purpose Merino is having a dramatic effect on the composition of the Australian flock, as wool growers mitigate risk by capitalising on the meat market.

THE increase in the dual purpose Merino is having a dramatic effect on the composition of the Australian flock, as wool growers mitigate risk by capitalising on the meat market. 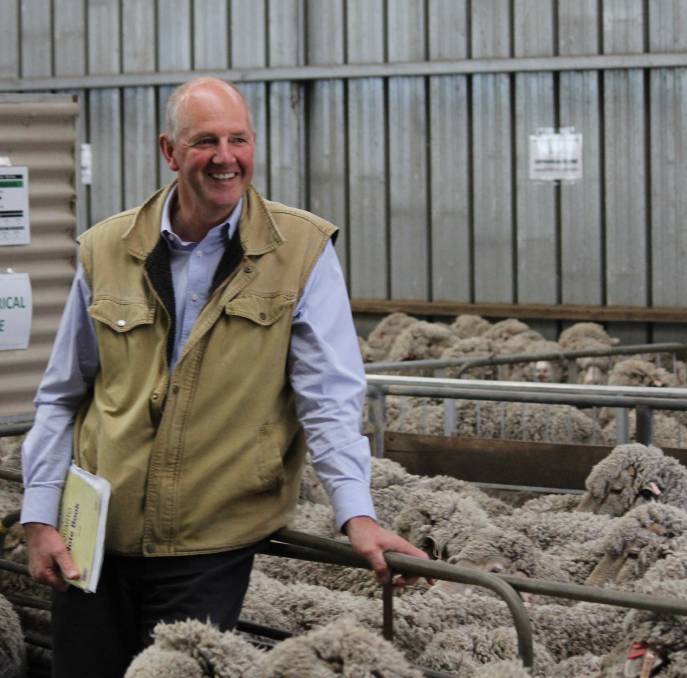 INFLUENCE: Mecardo senior market analyst Robert Herrmann believes the world food story and the demand for protein has influenced the rise of the dual-purpose Merino.

Many in the industry are positioning themselves to deliver two sources from one animal and, as a result, the average cut per head is falling with the percentage of the Merinos represented in the national flock.

Meat & Livestock Australia recorded one per cent more lambs than year-ago levels, to 33.1 million head nationally. While Merino lambs remain similar year-on-year, at 16.3m, the overall increase was attributed to a 9 per cent in meat breeds, to 8.9m, and 7pc lift in dual-purpose breeds at 1.4m.

Australian Bureau of Agricultural and Resource Economics and Sciences senior economist Caroline Gunning-Trant said the industry is moving away from a wool or meat enterprise towards dual-purpose operations.

“The decisions producers have made over the past decade - the investments in their business, flock management and breeding strategies - are increasingly done with a more sophisticated understanding of the markets and how they're changing,” Ms Gunning-Trant said.

“Not just this year or the next five years but over the much longer term, particularly as we talk about the increasing demand for protein. “That doesn't mean there aren't specialists for both wool and meat, but certainly there is a greater focus to the production of both products.”

Merinos’ rise as a dual-purpose breed is attributed to improvements in genetics. Sheep Genetics Manager Hamish Chandler said there was evidence of a recent strong swing towards a dual-purpose Merino.

“People are selecting Merinos that have much better growth rates, carcase attributes and fertility traits – using the available technology you can maintain fleece values at the same time” Mr Chandler said.

Producers drive to get more out of their flocks in terms of genetics - to increase marking rates, carcase weights and better margins for their wool clip – has resulted in an avalanche of involvement in the MerinoSelect genetic evaluation database. Participation has increased significantly in the past five years, with an additional 160 flocks joining the 300-strong flock database.​

Mecardo senior market analyst Robert Herrmann said the impetus to change away from Merino sheep had been influenced by the world food story.

“Farmers see the long term market demand for meat and grain as more reliable,” Mr Herrmann said. “The marketing of wool is not improving demand therefore, with supply falling, it is just keeping the demand supply equation in equilibrium.”