A BUMPER growing season and high commodity prices for sheep and grain has made it prime time for selling station country in South Australia. 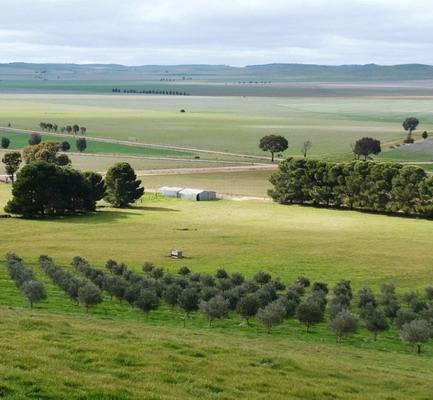 A BUMPER growing season and high commodity prices for sheep and grain has made it prime time for selling station country in South Australia.

Well-known Mid North property Cappeedee sold this week for $5 million to an Adelaide businessman, within weeks of going on the market.

A 400-millimetre average rainfall and sound on-farm infrastructure would also have attributed to the quick sale.

Earlier this month, 185,600-hectare Kalabity Station, via Olary, was snapped-up by a local grazing family for about $5m, while last month S Kidman & Co sold 1.2m-ha Quinyambie Station, via Broken Hill, for between $8m and $10m to Mutooroo Pastoral Company, Cockburn.

Landmark State real estate manager Simon McIntyre said the sales were a reflection of the strength within the local market.

"Rural SA real estate is generally dominated by regional buyers and a lot of recent bigger properties have been sold to local buyers," he said.

"Sometimes when families (consider) succession plans, they realise they've either got to get bigger or get out and that has been evident in the market lately."

Mr McIntyre said there was also reasonable demand for large-scale operations in SA.

"There is generally limited opportunity to buy these in SA so we have had more enquiry from investors, like agri-funds, or from interstate or overseas, for these bigger properties," he said.

"But I wouldn't say there is a swarm of outside investors. They've bought a few places, such as Kaladbro Estate, near Mt Gambier, earlier this year, but they're certainly not taking over the place."