A $300,000 Federal Government grant into biochar research has the potential to benefit farmers across the State, and related industries. 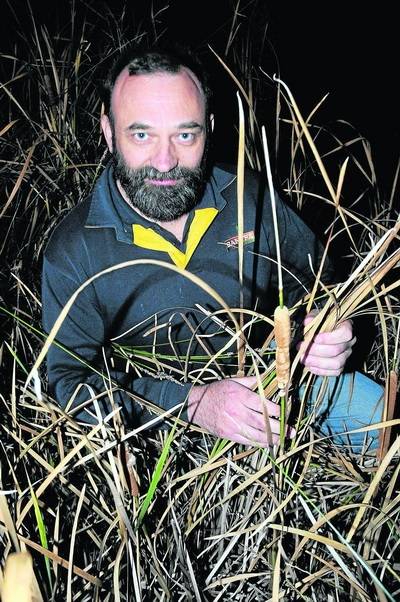 A $300,000 Federal Government grant into biochar research has the potential to benefit farmers across the State, and related industries.

SANTFA research and development manager Greg Butler, who has run biochar trials for the past five years, said the funds would help continue research into a "whole integrated system" of biochar development and remediation of soils and rivers, and in irrigated pasture and cropping systems.

Mr Butler said there was also a potential incentive for farmers to use biochar for carbon farming, but this was yet to be researched.

"This is an opportunity for our members," Mr Butler said.

"This funding will allow us to look at the whole system as well as perform a cost benefit analysis on the use of biochar in two different farming systems - irrigated pasture and cropping."

Previous trials using biochar in irrigated pasture systems had reduced nitrous oxide omissions from cattle by as much as 60 per cent.

Nitrous oxide emission reductions were Kyoto-compliant and would potentially attract a premium price in the future.

Past SANTFA biochar research had focused on looking at productivity versus fertiliser rates in calcareous soils on the Eyre Peninsula.

"We've been finding in the presence of biochar better phosphate efficiencies but they need to go out together," he said.

"Biochar is not a fertiliser in its own right - it helps to increase the efficacy of phosphate, the availability and potency."

In highly alkaline calcareous soils, phosphate could get tied-up in soils as calcium phosphate, but adding biochar with phosphate fertiliser had resulted in improved crop yields.

"It does not halve the amount of fertiliser you need to use but it certainly drops it down a bit," he said.

SANTFA wanted to use the grant to research and develop an integrated system of biochar use and production.

"Down in the lower Murrayland swamps there's a whole lot of old dairy land that has had a lot of soil buckling, is at risk of acid sulphate, and has salinity problems," he said.

"A lot of this land has been abandoned because dairy producers do not have the resources to bring it up to speed.

"Rather than letting that land go to waste, we want to use bioremediation, to plant and establish a native biomass Phragmites Australis, a type of reed commonly found in wetlands and in the river system."

Once established, the reed would be used to make biochar.

"It will regrow if cut down," he said.

The biochar could then be used as a filter in drains along the River Murray, to stop acid from acid sulphate soils draining into the river system, as well as other potentially toxic compounds including, zinc, copper, nitrogen and phosphorus.