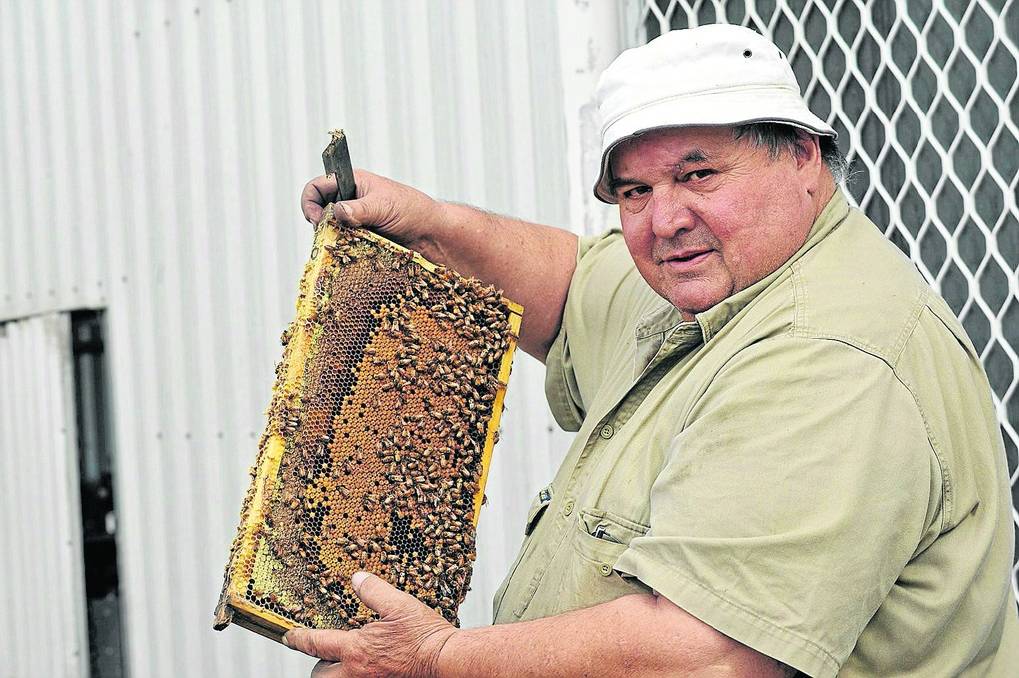 STUNG: Beekeeper Barry Pobke, Cooke Plains, would like to see better support for bee biosecurity from the federal government.

COOKE PLAINS beekeeper Barry Pobke says he has had the "worst ever" season for honey production.

COOKE PLAINS beekeeper Barry Pobke says he has had the "worst ever" season for honey production.

"It's been hot and the bees just never shone well from when I brought them back from the almonds last year," he said.

"It's been fickle weather right through spring into summer and honey production is down by about half.

"Talk to everybody and they're all in about the same boat."

While poor seasonal conditions could not be avoided, Mr Pobke, who runs 400 hives and works with a business partner who runs another 400, said he would like to see better support for bee biosecurity from the federal government.

He said it should have thrown a full eradication program at the Asian honeybee when the pest first appeared in Cairns in 2007.

"But because they're short-armed with deep pockets, they didn't put the money into it and stood back," he said.

"The bees are spreading, but then again, they seem to only be sticking around populated and coastal areas."

Unlike the European honeybee, the strain of Asian bee in Qld did not store much honey and therefore, could not survive for very long periods away from water and constant flowers.

"But they will become the rabbits of the suburbs in the future because they like living in small spaces like letterboxes and need a constant supply of nectar," Mr Pobke said.

He said biosecurity, which is largely reliant on custom inspection officers and sentinel hives at Australian ports that detect incoming bees, could be improved relatively inexpensively, and it was all the more important to do so now with Varroa mite at Papua New Guinea.

"I wouldn't want to see them throwing millions at it, but there could be more of an attempt to keep it out of the country," Mr Pobke said.

"It wouldn't take that much money to make the whole system work better."