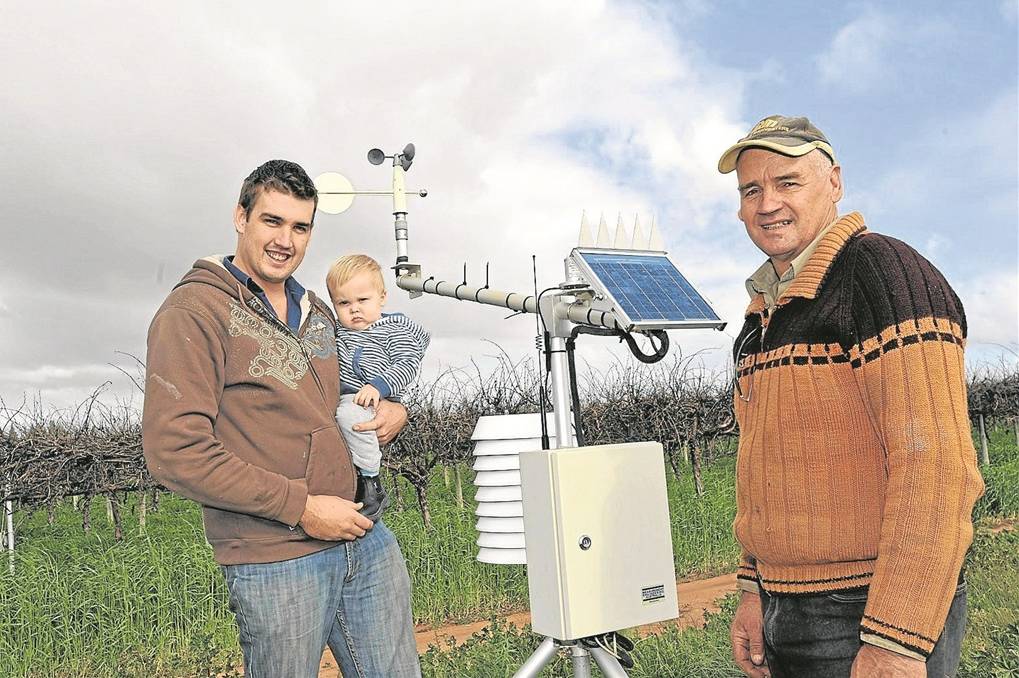 WEATHER WATCH: Waikerie’s Paul Wurst with his son William and father Tony at a station installed on their property boundary.

Installed at Mount Compass, Burra and Copeville, the stations will bolster a network of 40 stations that stretch from the Lower Murray to Virginia, the Adelaide Hills, Riverland and the Mallee.

"Dryland farmers through the Mallee region can use data in conjunction with the Mallee reference soil moisture system to help pick optimal seeding times and to assist with spraying activities," he said.

Mr Nelson said a chill calculator had also been added to the website so that landholders could develop calculations based on the nearest weather station.

"And where possible, we install soil-moisture monitoring probes at AWS sites to show the effectiveness of rainfall, such as how much moisture is used compared to the amount of rainfall received," he said.

Tony Wurst, Waikerie, has had a station in operation for some years on the boundary of his family's citrus, stonefruit, winegrape and nut property.

"It's good for referencing and for the readouts," he said.

"And it's used as a downy mildew alert.

"They've got sensors in the canopy, so they know if there's going to be a primary infection happening.

"That's probably the biggest advantage of having one close by."

Mr Wurst said this gave farmers a short window to put an eradicant on their crops if they had not already given them a protective spray.