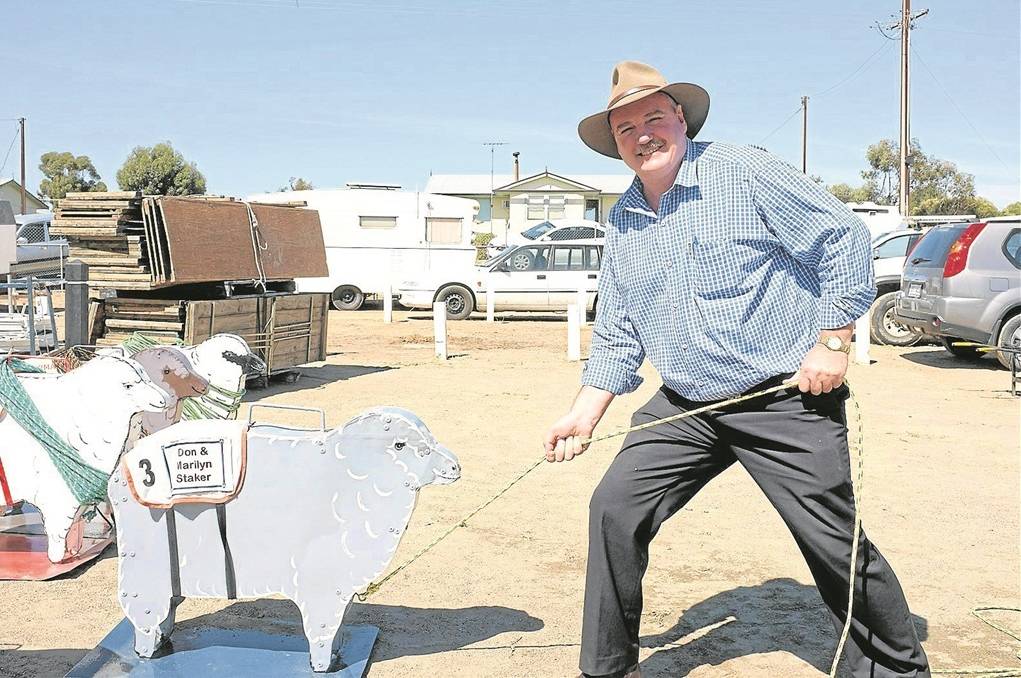 ON TRACK: Member for Hammond Adrian Pederick getting competitive at the inaugural Karoonda Cup in 2012. He ended up winning his heat, which was pulling a wooden sheep along a 30-metre track.

COOMANDOOK'S Adrian Pederick may be well into his third term as a dedicated Liberal MP but being a politician in SA's House of Assembly was never his ambition.

COOMANDOOK'S Adrian Pederick may be well into his third term as a dedicated Liberal MP but being a politician in SA's House of Assembly was never his ambition.

In fact, the burly father of two says he is far more comfortable roaming the open spaces of the Mallee rather than navigating the car-logged streets of Adelaide.

This harks back, perhaps, to his first experience living in the city when he was boarding near Urrbrae Agricultural High School to complete Year 11.

"I did my schooling at Coomandook until Year 11 and then I went to Urrbrae," he said.

"I was supposed to complete Year 12 but I wasn't too keen on being in Adelaide, and my attitude hasn't change much, I can tell you."

Pederick said his main problem was a lack of things to do after school.

"When I was home you could get and about and do something on the farm, whether it was to chase after livestock or cut some firewood," he said.

Pederick grew up with an older sister, two younger twin brothers, and a younger sister on the family farm at Coomandook, which was purchased in 1961 – one year before he was born.

They mainly ran Poll Herefords on the farm, and Poll Worth sheep at times, along with Merino wethers and breeding Merinos.

"But in later years, the place was more continuously cropped, as it is now, and then we ran stock over the summer," Pederick said.

When Pederick finished Year 11 at Urrbrae, his parents allowed him to come home to the farm.

Pederick worked on-farm for three years until one of his brothers came home – Pederick saw it as an opportunity to try something else.

"The farm couldn't sustain two of us there with dad, so when my brother came home I found a job at Moomba in the Cooper Basin," he said.

"We were setting up sites for drilling and building pads for campsites and that sort of thing, roaring around the desert for up to seven weeks at a time, so I was happy to come home when we could."

"It was something I'll never forget."

Pederick then got another job with a wireline company, running testing equipment down oil wells, testing flow rates, cementing in wells and participating in hydraulic fracturing.

"We shot wells before they were fractured, so I know a bit about how that works," he said.

After two years in the desert, Pederick left his job to travel overseas, participating in a rural youth trip to Canada for a month and then spending six weeks travelling around the United States.

"I came home with a credit card loaded up and I needed to work," he said.

"Within four days I was working the shearing sheds, first as a rousabout and then as a shearer.

"So for the next 14 years I worked as a shearer in-between working on the family farm when my brothers weren't around."