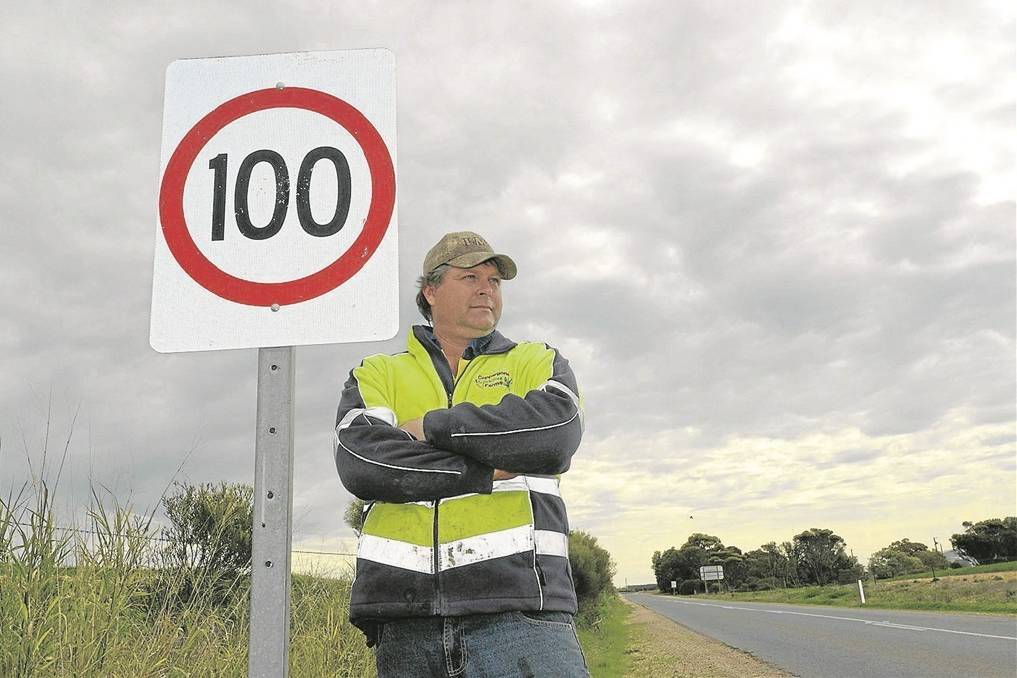 NOT CONVINCED: Paskeville farmer Mark Schilling “would love to see the statistics on why they say there're less deaths at 100km/hr than 110km/hr”.

He said people drove on unsealed and unpoliced roads most of the time and did not believe a reduction of 10 kilometres an hour would improve safety on YP's sealed roads.

"I would love to see the statistics on why they say there're less deaths at 100km/hr than 110km/hr," he said.

"It's just some bureaucratic boffin who's decided it's safer to drive at 100km/hr."

Mark said the change had been very unpopular but the relevant minister would not care because most of the government's constituents were in the city.

"Nobody rang me up and asked whether it was something that should be considered. But I'm a rate payer, a constituent. Where was the consultation?"

He said it was "a joke" that the government would consider changing all the speed limit signs to 100km/hr.

"The country's broke and it's unnecessary," he said.

"It's not going to save any lives."