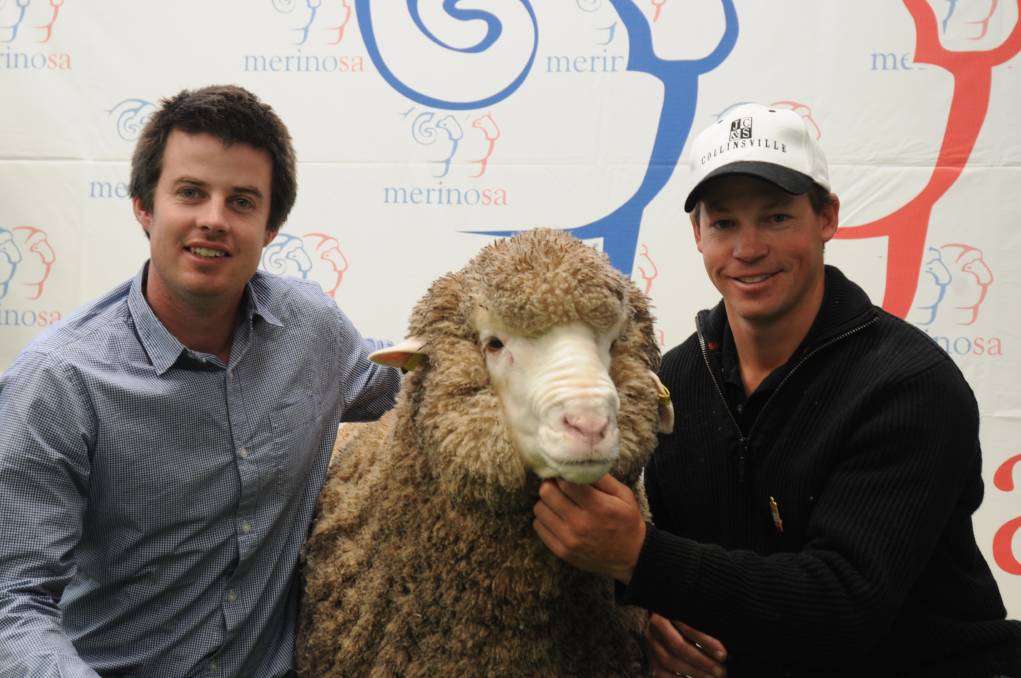 A MAGNIFICENT Poll Merino ram from Collinsville stud, Booborowie boasting a right royal pedigree made $66,000 at the Adelaide Merino ram sale on Friday.

A MAGNIFICENT Poll Merino ram from Collinsville stud, Booborowie boasting a right royal pedigree made $66,000 at the Adelaide Merino ram sale on Friday.

Since returning as a vendor in 2010 after a long hiatus, they have topped the sale three times in the past five years.

Collinsville Regal 242 - a twin-born, AI bred, 1 year and four-month-old ram - had a reserve price of $30,000 but that was just where the frenzied bidding began.

The final two battling it out for Lot 1 were the eventual buyer Luke Ledwith, Kolindale Merino and Poll Merino stud, Dudinin, WA, and losing bidder - a syndicate of eight studs.

Regal 242 had tremendous depth of breeding being AI bred by Collinsville Regal 9 - the $23,000 top priced ram in Collinsville's team at the 2012 sale. He was a grandson of Majestic which sold for $30,000 to Sherlock stud, Sherlock.

Collinsville stud manager Tim Dalla said the 19.4 micron ram with superb rich wool with measurements of 3.1SD, 16.0 CV and 99.7pc CF had been a stand out for balance and was very structurally correct.

"It has exceeded our expectations. We always thought he was going to make a bit of money and was pretty good but didn't think he would make $66,000," Mr Dalla said.

Buyer Luke Ledwith, who had also been the medium wool Poll Merino judge at the Royal Adelaide Show for the previous two years, was adamant Regal 242 was the best ram in the shed.