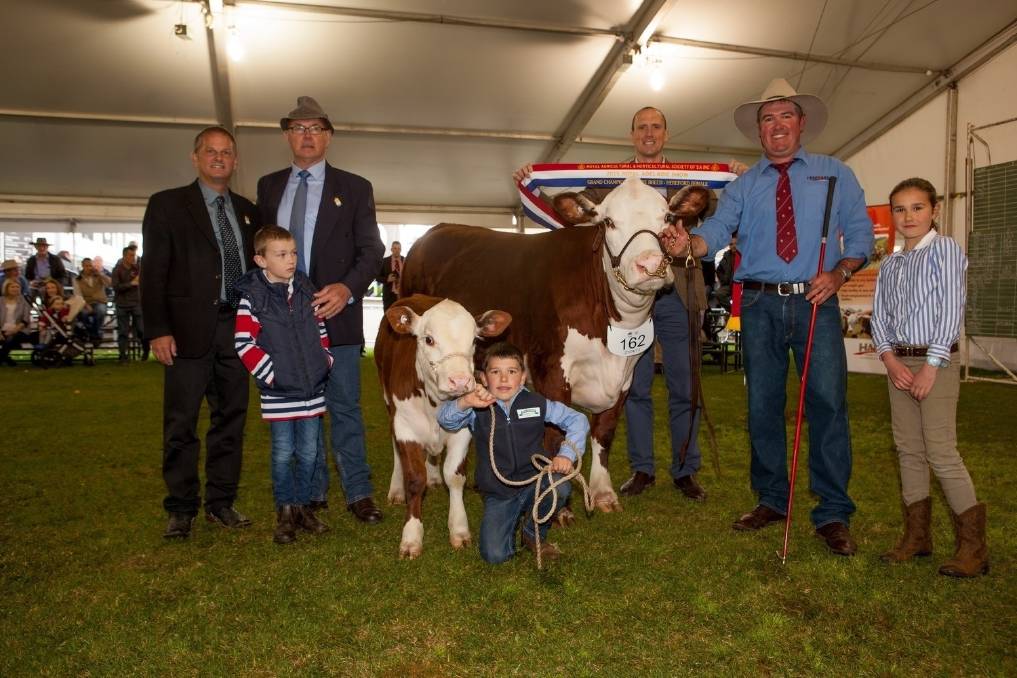 A MAGNIFICENT young Poll Hereford cow from Kerlson Pines stud, Keith reigned supreme in the feature breed judging with the international judge admiring her "beautiful udder" and "quality and balance."

Mr Ward said the cow and calf unit were a "quality combination."

"She exemplified the goodness in the Hereford breed," he said.

"In the Hereford breed we want to be producing good females which last a long time and udders are critical for longevity."

Last Day came from a strong maternal line with her dam also a reserve senior champion female at Adelaide, and a daughter of Canadian sire McCoy 25M Renaissance who has being breeding well for the stud. The calf was sired by Cascade Jarrett.

The Wilsons' first Adelaide supreme win in nearly 30 years of showing was all the more special as Herefords were the feature breed at this year's event and attracted a high standard of entries.

"The milk production in that female line is fantastic and she has the muscling and depth we are looking for," stud principal Mark Wilson said.

A prize pool of more than $21,000 attracted an outstanding field of 68 cattle from 12 SA, Vic and NSW exhibitors.

It was the first Adelaide feature breed showing combining Hereford and Poll Hereford entries with some large classes including 11 cows with calves in the senior class.

Another local stud also rose to the top for grand champion bull with Days Wizard K5.